(Reuters) – Walter Dellinger, a fixture of Washington and academic legal circles who was a longtime Duke University law professor, a partner at law firm O’Melveny & Myers and former acting U.S. solicitor general, has died, the law school confirmed Wednesday. He was 80.

“Walter Dellinger was a lion of the law, the legal profession, and legal education,” Duke University School of Law dean Kerry Abrams said in a statement. The school did not provide a cause of death.

Born in 1941 in Charlotte, North Carolina, Dellinger earned his law degree from Yale Law School. In 1965, he married Anne Maxwell Dellinger, a longtime faculty member at the University of North Carolina School of Government, who died last year. He was first hired by Duke in 1969.

Under President Bill Clinton, Dellinger became an assistant attorney general and oversaw the Office of Legal Counsel. He issued legal opinions on a variety of topics, including whether the president could deploy U.S. forces in Bosnia and Haiti, according to his Duke biography.

Dellinger was tapped in 1996 to serve as the acting U.S. solicitor general. In that role, he argued nine cases before the U.S. Supreme Court in its 1996-97 term.

As an O’Melveny partner, Dellinger weighed in on two major gay rights cases before the U.S. Supreme Court — Lawrence v. Texas, which struck down a Texas law that criminalized private same-sex sexual activity, and Hollingsworth v. Perry, which led to California’s ban on gay marriage being struck down.

Dellinger argued that there was no “legitimate and rational basis” for the Texas law, and that supporters of a gay marriage ban in California had no standing in court to defend the ban’s constitutionality.

Bradley Butwin, O’Melveny & Myers’ chairman, on Wednesday praised Dellinger’s commitment to equality and his impact on law and the legal profession, saying Dellinger had mentored “many of America’s great jurists.”

Dellinger and his wife had two sons, Andrew Dellinger, and Hampton Dellinger, a U.S. assistant attorney general overseeing the Department of Justice’s Office of Legal Policy.

David Thomas reports on the business of law, including law firm strategy, hiring, mergers and litigation. He is based out of Chicago. He can be reached at [email protected] and on Twitter @DaveThomas5150.

Thu Feb 17 , 2022
Kristine M. Kierzek Tonya Garrido’s first introduction to professional kitchens was as a waitress at a Greek restaurant. She was so enticed by the fresh food and cooking she wanted to learn more. Going a step further, she decided to attend culinary school at MATC. Even if she wasn’t sure […] 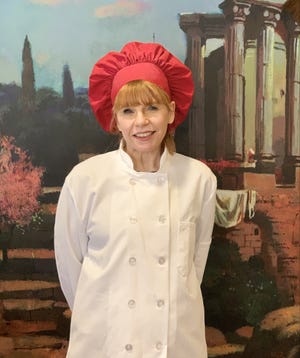