Monika Medina spent four years traveling the globe as a firefighter in the United States Navy. She cruised numerous oceans, saw foreign lands and found herself in the face of danger multiple times.

But Medina’s true journey began long after her time in the armed forces.

Medina married and began a family near the end of her time in the service, and for a short while, she enjoyed that life. But like so many, Medina soon found herself struggling with life outside of the service.

Soon after, Medina found herself coping by way of substance abuse. The problems then began to multiply. She lost contact with family and so she decided to reach out to the Department of Veteran Affairs.

“They put me on 10 or 12 different medications,” Medina said.

The medications only worsened the problem, increasing her level of depression to a dangerous level. Medina said she attempted to take her own life multiple times before realizing that replacing one substance with another wasn’t the answer for her.

“I took all those pills, put them in a bag and threw them at my doctor,” Medina said. “Once I found a new doctor, things started to turn around.”

Part of that turnaround was leaving California. It was during that move that Medina found a passion for traveling, and so she began a journey that brought her to Missouri.

“I was in Long Beach before making my way here,” Medina said. “I just randomly chose Missouri because I wanted to get away from there. I just started driving and ended up staying here for a while.”

Missouri was not part of Medina’s long-term plan, though. With nothing to do during last year’s pandemic, she used that time to build a miniature wooden camper.

“I built it during COVID because there wasn’t anything else to do and so I’ve been traveling in that for the last three months,” Medina said.

The miniature camper comes with minimal space but provides enough room for the essentials. Medina’s new traveling home covers 35 square feet and has just enough room for someone her size.

“It’s definitely made for a little person,” Medina said. “I’ve got a bed, toilet, table, fan and a small pantry. I built it in my garage while I was living here in Missouri.”

While life on the road can at times be lonely, Medina has found companionship in her dog, Brian. Human interaction is never far away for the cross-country traveler. Medina finds herself at home with those who surround her at each stop.

Once her time in Missouri was up, Medina began her travels with a trip to Illinois and the Garden of the Gods.

“It is such a beautiful place and there are so many wonderful trails for people to enjoy,” Medina said.

Medina then decided that she wanted to share what she was seeing with people on the internet, and so began her YouTube career.

“I have two YouTube channels that I work on daily,” Medina said. “I have videos from every town I’ve visited since Florida. I go through these places and the ones I find nice, I’ll talk about them. I like to let people know whether these places are worth traveling to or not.”

Medina’s Missouri stop will be just a couple of weeks before she heads to South Dakota. The journey’s final destination will be western Nevada.

Nature has been a healing process for Medina. For her, it has given her a new life and a new purpose. The last few months have made Medina believe that the outdoors can provide a cure for those who struggle with anxiety or just the day-to-day grind of life.

“I now know what I want from life,” Medina said. “I’m ready to settle down again, to have a family. The travel and being outdoors has benefited me both mentally and physically. I’ll take Brian on walks, go on hikes and just enjoy being in nature.” 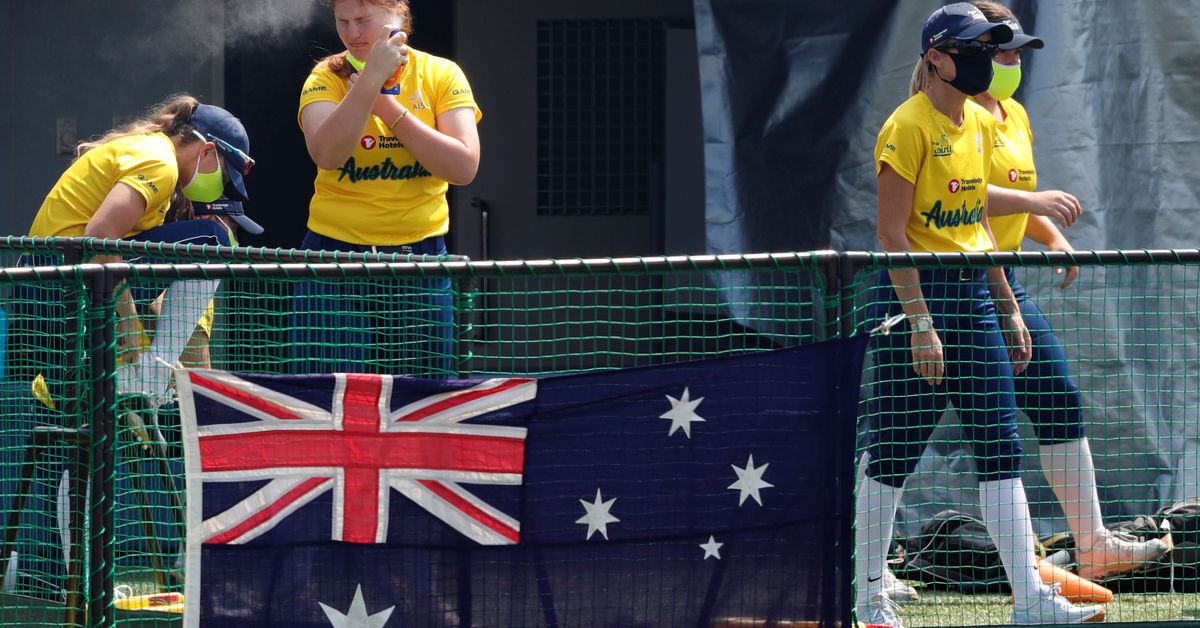 Athlete return could lead to easier travel for vaccinated Australians