The tennis, men’s golf and soccer teams are all in action this week in K-State Sports. (Graphic by Marshall Sunner | Collegian Media Group) While the football and volleyball teams take a break, it is quite the opposite for the other teams in action this week. Tennis: The last time […]

While the football and volleyball teams take a break, it is quite the opposite for the other teams in action this week.

The last time the tennis team took the court was at the Ole Miss Invitational in September, finishing strong with 12 wins at the invite. Coming up for the Wildcats this week is the ITF W15 Hilton Head Championship at the Van Der Meer Shipyard Racquet Club in Hilton Head, South Carolina, running from Monday, Oct. 4 through Sunday, Oct. 10.

Competing in the tournament was freshman Florentine Dekkers who hails from Ammerzoden, Netherlands.

“It’s a great opportunity for Florentine or any of our players to participate in a professional event,” head coach Jordon Smith said. “Our goal is to help them reach their highest level either as a collegiate tennis player first and hopefully professionally as well.”

For information on the tournament throughout the week, you can visit kstatesports.com or follow @kstatesports and @KStateTEN on Twitter for live updates of the event.

The men’s golf team finished just outside the top five a week ago at the Old Town Collegiate Invitational behind redshirt freshman Cooper Schultz. Schultz, along with sophomore Luke O’Neill, senior Will Hopkins and junior Tim Tillmanns, all finished in the top 30 through the two rounds of play — helping the team to a 10-under par 550, just six shots outside of the top five.

The team traveled to Sugar Grove, Illinois, competing in the Rich Harvest Farms Intercollegiate hosted by Northern Illinois University on Sunday and Monday.

After coming off of a 2-1 overtime win over Kansas in the Sunflower Showdown this past week, the K-State soccer team (6-6, 1-2 Big 12) returns home to take on West Virginia this week. The team is averaging 15.6 shots per game while scoring 1.33 goals per game so far this season.

A large part of that production comes from junior transfer Marisa Weichel — who currently leads the team with five goals and 10 points. Sophomore goalkeeper Alaina Werremeyer had one of the best games of her career against Kansas, recording a career-high 10 saves.

K-State takes on a West Virginia team that is currently 8-2-1 and 2-0 in Big 12 play. The Mountaineers average 14.6 shots per game while putting the ball in the back of the net on average 2.27 times per game.

The Mountaineers will come into battle behind redshirt senior forward Lauren Segalla, who currently leads the team with five goals and 10 points.

In goal for the Mountaineers will likely be Kayza Massey, a junior from Ottawa, Ontario, who currently has 19 saves on the season while giving up only six goals so far in 2021.

Kickoff is set for 7 p.m. with a broadcast of the game provided by Big 12 Now on ESPN+.

Fri Oct 8 , 2021
An 1880 Concord cape-style home is getting a modern update on the popular PBS show “This Old House.”   For former city dwellers Megan and Lincoln Pasquina, the pandemic made them realize they needed more space to work from home and care for their growing 2-year-old son. Now they are planning […] 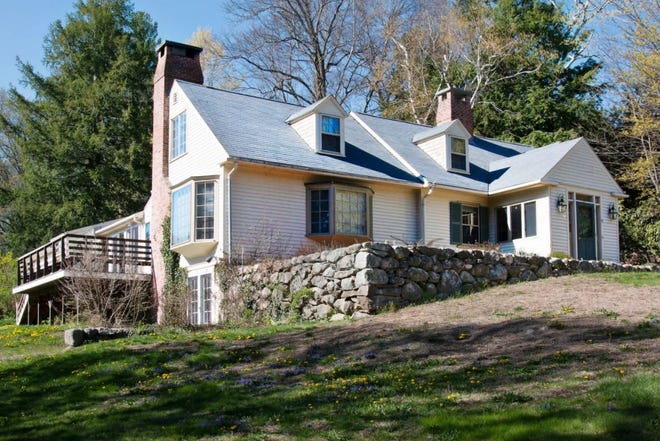