Connie Schindewolf isn’t about to take the same advice she gave her students. Schindewolf, a drama teacher for 25 years, has enjoyed a productive second act to her life as a playwright, and she’s come to the conclusion that a lot of writing advice is bad advice. The dramatist has […]

Connie Schindewolf isn’t about to take the same advice she gave her students.

Schindewolf, a drama teacher for 25 years, has enjoyed a productive second act to her life as a playwright, and she’s come to the conclusion that a lot of writing advice is bad advice.

The dramatist has written more than 50 Ten Minute Plays and eight full-length dramas over the past 15 years, and she owes her transformation in part to a local organization. Schindewolf said she drew strength and confidence from participating in Theatre Odyssey’s Ten-Minute Play Festival, which will celebrate its 17th iteration next week.

“They did my first performance of a 10-minute play in 2007,” says Schindewolf. “That really gave me the courage to send my work out. So I sent started sending my work out and had quite a bit of success, mostly with 10-minute plays.”

The playwright says that she’s had 10-minute plays produced in 26 states, and her work has been performed in such far-flung places as London, Dubai and Australia.

And the strange part, she says, is that she could never find the time to write as a drama teacher in St. Louis.

“Teachers had summers off, and most of the summer I would spend reading scripts looking for something to direct or looking for something for my students to direct,” she says. “I read so many plays where I thought, ‘Wow, some of this is just junk. I can write better than this.’ It was a goal of mine for a long time before I started. And when I look back, I think, ‘You know what? If I’d have wanted to do it that bad, I should’ve just made the time.’”

Schindewolf’s latest play, “Ancestry,” is one of eight plays that will be mounted by Theatre Odyssey’s Ten-Minute Play Festival, and she’s won Best Play on two prior occasions at the festival. When she looks back on the things she taught her students, she says that she’s not sure there’s really any utility in trying to impose structure on a dramatist.

“Now I actually don’t teach any play writing, and nor do I want to,” she says. “I just feel like it’s not an art you can put rules to and ask people to follow. For example, I read this in a book, and I told my students, ‘Don’t try to write a serious 10 Minute play because there’s just not enough time for the audience to develop empathy for the character.’

“The first time I gave that rule, a couple students challenged it and broke the rule and they wrote wonderful dramas. I don’t follow the rules I taught to them because I don’t think they were good ones.”

The Ten-Minute Play Festival is open to writers throughout the state of Florida, but Theatre Odyssey has done an impressive job of mining local candidates.

One of the writers in the festival lives in Lakeland, and two are transplants to Sarasota or Bradenton.

Schindewolf says she knows the two local playwrights — Lyle Landon and Keith Whalen — from her Sarasota Playwrights group. Tom Aposporos, a co-founder and director emeritus of Theatre Odyssey, says the quality of playwright seems to improve every year. This year, says Aposporos, there was a record 106 submissions to the festival.

“We can see from the plays that we’re attracting very good playwrights,” he says. “One of our play submitters last year was a two-time Obie winner. We think that playwrights from all over the country must be bookmarking the Theatre Odyssey website. We’re getting plays submitted almost before we’re calling for plays publicly. We’ve been at it for a humber of years now and I like to believe we’ve developed a reputation for developing good quality plays on stage.”

The first Ten-Minute Play Festival was a single-night sold-out event in 2006. Now it’s grown to the point that it takes four days, and the plays will be performed at the Jane B. Cook Theatre.

For Schindewolf, who has had 14 plays produced by Theatre Odyssey, it’s becoming old hat.

She says there was a point it would’ve been nerve-wracking to see her play produced, but since she’s had so much success with Theatre Odyssey, it’s more exciting by now.

“There’s not the fear that you’ve got to win, but it’s that you want your play to come out as a good piece of art,” she says of the final result. “You’re happy to be in the festival because you know it’s an accomplishment. Winning the contest is wonderful when it happens.”

What makes a good 10-minute play? And how is it different from a full-length work?

Schindewolf has had time to think about the complexities of playwriting from a number of perspectives, and she’s been able to nail it down with a little bit of precision.

“A 10-minute play can be a germ for something bigger, but usually not a full-length,” she says. “I have expanded 10 minutes into a one-act play, and I have changed one acts into 10 minutes. The full length plays that I write, it’s a difference of having much more depth to the characters and more subplots that have to be worked out. But there’s certainly a comparison: A 10-minute play has a beginning, middle and an end, and so does a full-length play.

Most of Schindewolf’s plays are in the fantasy genre, but they start with a bit of reality. She says she wrote one play, “The Grout Fairy,” because she was beleaguered and exhausted from cleaning all of the grout in her house. Her latest play, “Ancestry,” is based on her daughter’s real-life decision to take a genetics test to learn more about her background.

The play is a comedy, she says, but she doesn’t want to give away too much of the plot. The point, though, is that she took a real-life episode and turned it into drama.

“My brain just kept working about what her results were going to be,” she says. “I can’t remember if I actually dreamt what they may be, but I came up with this crazy idea of the results she was going to get. My poor daughter who goes to these plays and sees them. She knows that most of it isn’t true but that I got the idea from something she’s been through.”

Now that she’s no longer teaching, does Schindewolf ever hear from her students? Of course she does, given the nature of our connected world. In fact, she had one student resurface on an online group called The Playwright’s Marketing Binge.

“A student came back and I recognized his name,” she says. “He said, ‘I don’t think you’re going to remember me, but I was one of your drama students, and I gave you a hard time. But I just want you to know you were influential to me, and I’m in New York trying to make it as an actor and playwright.’ It kind of blew me away. He admitted it, but he must not have been too bad. I remembered him, but I didn’t remember him as being particularly difficult in class.”


Join the Neighborhood! Our 100% local content helps strengthen our communities by delivering news and information that is relevant to our readers. Support independent local journalism by joining the Observer’s new membership program — The Newsies — a group of like-minded community citizens, like you. .

Thu Jun 2 , 2022
Amazon’s brick-and-mortar clothing store, Amazon Style, is now open in the Los Angeles, California-area at The Americana at Brand mall, the company announced today along with a video profiling some of its employees. It’s a new addition to Amazon’s lineup of physical locations, along with Whole Foods and its cashier-less […] 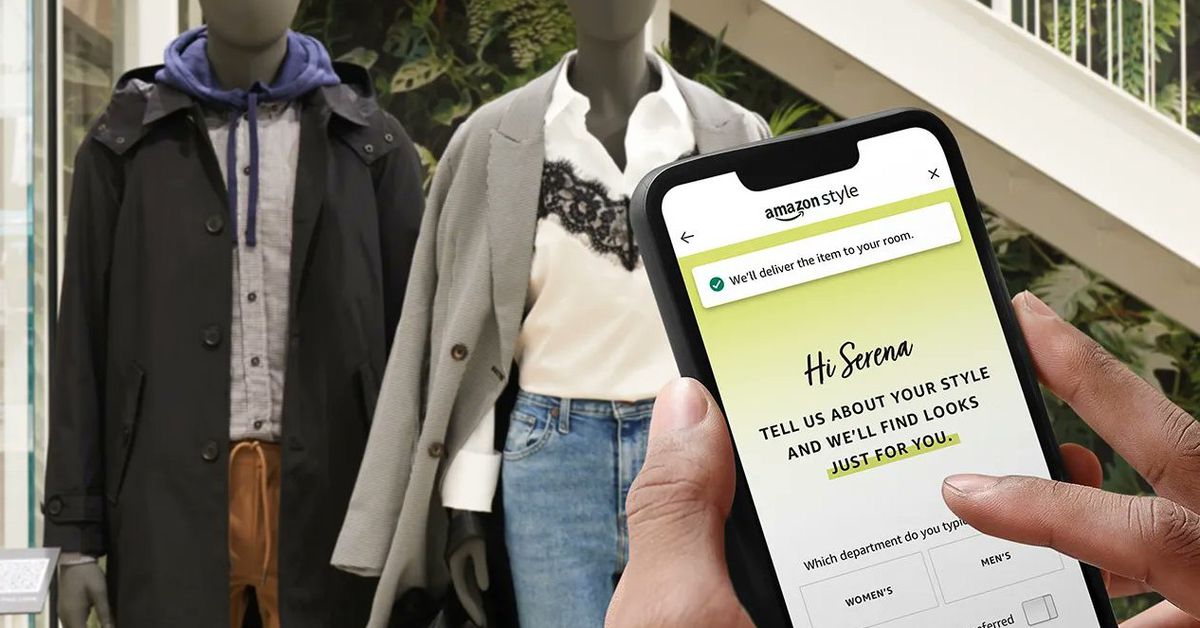