Joe Connor poses with his American flag-designed car at Elmira College (photo provided by Joe Connor). By Joe Connor/Special to USCHO.com When my last sports travel column was published here in February 2019, never could I have imagined I wouldn’t publish another one – until now. Good riddance 2020 – […]

By Joe Connor/Special to USCHO.com

When my last sports travel column was published here in February 2019, never could I have imagined I wouldn’t publish another one – until now.

Good riddance 2020 – yet thank goodness 2021 because fans were back in the stands. And Mr. Sports Travel, too!

Since my first opus here in 2013, I’ve been sharing my experiences and opinions as I quest to enjoy a game at every NCAA Division I men’s venue. Update: one left – Alaska Fairbanks! – but saving a trip to “The Last Frontier” for next season when Alaska Anchorage returns.

For those reading about me or my column for the first time, my road trips have a larger purpose. I drive my car across the U.S. in what I refer to as “The American Flag Mobile,” raising awareness of OperationFirstResponse.org, a nonprofit that helps veterans, service members, first responders, and their families. Prior to my 2018 and 2019 roadies, I decided to “wrap” my car in the American Flag. The message on the back window reads: “Thanked a Veteran, Service Member, First Responder, and their Families Today?” OperationFirstResponse.org.

My late father served in the U.S. Air Force, was a season-ticket holder for the-then World Hockey Association New England Whalers (later NHL Hartford Whalers), and a volunteer youth hockey coach. He introduced me to hockey and sports travel (I played from age eight through high school and always loved road tripping with him). My Dad often reminded me what it means to live in a free country.

My opinion: athletes are not “heroes,” they’re athletes. Operation First Response helps our real heroes with paying rent or utility bills so they can get treatment, like for PTSD. I’m honored to be partnered with this organization that has aided over 20,000 of our heroes since 2004. They have a four-star rating from Charity Navigator. I 100% self-fund my trips so no one pays me to endorse anything.

Now that you’ve learned the back story, here are highlights of my college pucks travels from the first half of this season – and “Awards Time!” returns too! Incidentally, I enjoyed games across 13 states, and took in more Division III pucks than ever before.

Long live Wisconsin! I’ve been sports road tripping for years, so when you’ve lost count of your visits to a particular town, that’s saying something – spectacular! And there’s simply no better overall college sports town in America than Madison – frankly, there’s not even a close second. Enjoyed the men’s Badgers rivalry against Minnesota – but was blown away by the atmosphere at the women’s game.

Seating nearly 2,800, LaBahn Arena was sold out on a Saturday afternoon. Can we name another women’s college hockey program that sells out games? No! The men’s Saturday night game was not sold out (important context: the Kohl Center seats just over 15,000!). Frankly, was just awesome to see Badger students – known as “The Crease Creatures” – fired up and back enjoying hockey. Long live Wisconsin!

Speaking of Dairyland! St. Norbert versus UW-Stevens Point Rivalry: Separated by 90 miles, these two accomplished Division III men’s hockey programs have this much in common – they both win a lot of games and don’t like each other. The UW-Stevens Point men have won six NCAA Division III titles, most recently in 2019; the St. Norbert men have won five times – and they like to show it, too.

Lucky me, I was able to catch a men’s game at each venue over Halloween weekend. Banners from the Golden Knights titles hang from end-to-end inside the cracker box Cornerstone Community Center which somehow manages to cram 2,000 in here. With seating on three sides, this gem has one of the lowest ceilings I’ve even experienced for an intense rivalry. Reminds me of Cornell’s Lynah Rink – what I refer to as the Fenway “Pahk” of NCAA Division I “Cawlidge Hawkey” because “if you like your space, it ain’t your place!” Well, the Division III Award goes to St. Norbert’s men’s team home venue!

And what of the rival Pointers barn? Their home digs are also an old-school beauty, only you don’t feel as claustrophobic! You also can’t miss the championship banners hanging from the rafters at K.B. Willett Ice Arena, also with seating on three sides.

The uniqueness of Norwich University: Kreitzberg Arena had been on my bucket list for years – and when I finally made the pilgrimage, it did not disappoint. Reminds me of a “mini-Ralph,” very similar to the crown jewel of men’s venues, North Dakota’s Ralph Engelstad Arena, only Norwich’s “upstairs” entry point has a different feel. But it only enhanced my excitement upon visiting this D-III rarity, which is located 50 miles south of the University of Vermont.

Not a bad seat in the house and enjoyed the plethora of photos along the main concourse noting the program’s history. It’s the oldest private military college in America – founded more than 200 years ago. And the campus and the surroundings? Stunning and gorgeous. Need write no more. Visit!

Give Me Liberty! Ahem, Give me Liberty Hockey! “Say what, Mr. Sports Travel?” So I’m at Liberty University for a football game in Lynchburg, Virginia on Sept. 18 and a fan I’m chatting with during a timeout asks, “going to the hockey game tonight?” “Hockey?” I replied shockingly (as if Liberty played hockey I thought). Well, by 10 p.m., I walked a short distance on campus and enjoyed the puck drop as the men’s team hosted North Carolina State in an ACHA Division I tilt at the 4,000-seat LaHaye Ice Center – and the place was packed and jumping!

Hockey is a club sport at the home of the Flames – but for how much longer? An outstanding venue, purely from a facility and fan base perspective, Liberty is NCAA Division I ready and making the leap would do wonders for growing hockey further in the South. The venue reminds me somewhat of Quinnipiac’s, with balcony seating on one end of the arena.

“The Live Long and Prosper Award” goes to…Elmira College’s Murray Athletic Center. If the Starship Enterprise had a hockey rink onboard, it might resemble this other-worldly, off-campus venue. The world’s first geodesic dome, upon first impression, my senses felt like the roof might fall on me! This absolute marvel, seating 3,200, has been hosting the Soaring Eagles since 1973. Long Live and Prosper Soaring Eagles!

“The Steep – And Not So Cheap – Award!” goes to…Colorado College for its new, on-campus Ed Robson Arena. I won’t be subscribing to Architectural Digest anytime soon but if you’re looking to find the steepest seats in NCAA Division I hockey, welcome to Colorado Springs. The seating made for an exceptional game day experience as the Tigers welcomed Arizona State Dec. 18 – but, man, walk s-l-o-w-l-y back to your seat my friend after you visit “the facilities” or hit up the concessions carrying a cold one and nachos. Speaking of concessions – and tickets – watch your wallet!

“The Coming Soon Award?” goes to…Few givens in life but here’s one of them: if (and when) the University of Iowa takes the NCAA Division I plunge, their home arena is ready. The 5,000-seat Xtreme Arena is two miles from campus and is clad in yellow and black. It already hosts the schools’ volleyball program (hence, the colors) as well as an ECHL team (breaking news: the Iowa Heartlanders have yellow and black in their uniforms). With a solid amateur hockey fan base in nearby Cedar Rapids and Waterloo (both teams are rivals in the United States Hockey League), I’ve no doubt this place would rock if the Hawkeyes went D-I. Illinois, Nebraska, you in?

“And the winner of best game day atmosphere on Mr. Sports Travel’s latest journey” goes to…Not a D-I program, my friends. Hands-down, the winner is…the Lakers of Oswego. Located on the shores of Lake Ontario in upstate New York about 40 miles north of Syracuse, 3,000 fans packed the on-campus Marano Center on Nov. 12 as the men rallied to beat Cortland 2-1. I was not only impressed by the passionate student section and alumni base, but also by the rich history of the program showcased on the main concourse. Simply an awesome game day experience not to be missed! Hockeytown = Oswego!

Is STMicroelectronics (STM) Stock Outpacing Its Computer and Technology Peers This Year?

Wed Jan 12 , 2022
For those looking to find strong Computer and Technology stocks, it is prudent to search for companies in the group that are outperforming their peers. Has STMicroelectronics (STM) been one of those stocks this year? Let’s take a closer look at the stock’s year-to-date performance to find out. STMicroelectronics is […] 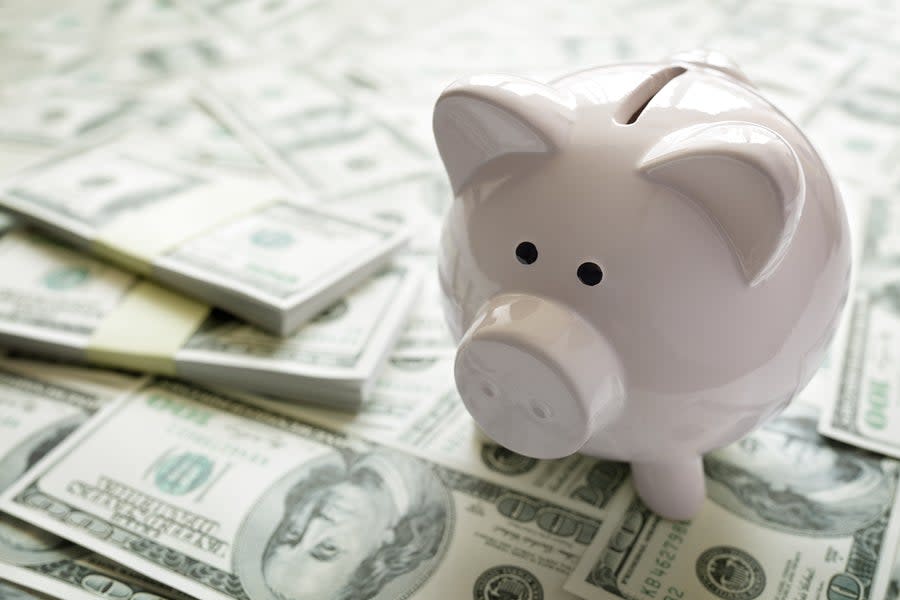