In a small town in Southern Illinois, near where I live, there is a restaurant that serves loose meat sandwiches. It opened in 1928 and is still a staple in its rural community. It is a place where children are raised eating sandwiches and homemade pies, and it’s a place […]

In a small town in Southern Illinois, near where I live, there is a restaurant that serves loose meat sandwiches. It opened in 1928 and is still a staple in its rural community. It is a place where children are raised eating sandwiches and homemade pies, and it’s a place where Baby Boomers sit and reminisce about carhops of the 1950s.

A community has been created around this little diner, one that is built from people all over the region. No matter who you talk to in this part of the state, they can tell you about Maid-Rite sandwiches. We were all raised eating them, and they are part of our cooking repertoire.

Whether you call them “Maid-Rites,” “yum-yums” or “tavern sandwiches,” loose meat sandwiches are a quick and yummy meal, and kid-approved. Their close cousin, the sloppy Joe is also a simple dish that puts smiles on faces. Both are versatile and can be made in bulk for use throughout the week. The meat can also be frozen for longer storage.

For those unfamiliar with these loose meat meals, there is a difference between them. Loose meat sandwiches are traditionally made with ground beef but can be made with other meats, like venison or turkey, for a healthier option. The meat is simmered with water or stock, raw minced onion and spices until the liquid evaporates, creating a very light sauce. The meat is then scooped onto a bun and topped with pickles. Some people will smash the meat onto a bun with a spatula to keep it together. Either way, they’re a Midwestern specialty.

Sloppy Joes are the saucier version of loose meat sandwiches. Again, beef is traditional, but any ground meat works. You begin the process by cooking the ground beef, onions and bell peppers until the beef is no longer pink, and the vegetables are soft. A sauce of ketchup, brown sugar and seasonings is then added and cooked down until very thick. Then the beef is scooped onto buns and, in my house, served up alongside tots.

When I make either beef combination, I make enough for several meals, but not necessarily sandwich repeats. Loose meat is great added to pasta sauce for spaghetti. It can be mixed in with potatoes to make a quick hash. Add it to pasta shells and cheese sauce for a quick skillet meal. You can make a pretty good stroganoff with leftover loose meat or create cheesy hamburger quesadillas.

Use leftover sloppy Joe meat in the same way as extra loose meat. You can also turn sloppy Joes into a great chili by adding chopped peppers and onions, canned tomatoes and tomato sauce, chili spices and chili beans… if you like beans in your chili. Round out the flavor with a dark beer.

My favorite leftover sloppy Joe fix are mini pizzas made on hamburger bun halves. Honestly, I like these more than the sloppy Joe sandwich, but don’t tell anyone. Scoop warm sloppy Joe meat onto a toasted bun half, top with raw onion, pickles, black olives and a layer of shredded cheese, and broil until the cheese is melted. This is one of those meals that beams me straight back to childhood.

Both loose meat and sloppy Joes can be made with whatever spice combination you want. I use BBQ sauce instead of ketchup in my sloppy Joes. You can add hot sauce and hot peppers to either recipe to give it more heat, or take each in a totally different direction with flavors from different cuisines. Your creativity and taste buds are the only limits.

With our weekly newsletter packed with the latest in everything food.

Tue Mar 22 , 2022
“There’s a push to basically now tie it into the vehicle so that it can provide differentiated infotainment in a more deeply integrated way,” said Ashok Divakaran, connected and autonomous vehicles leader for Deloitte. “Take, Amazon Fire [TV for Auto], for example. When you integrate Fire in a deep way […] 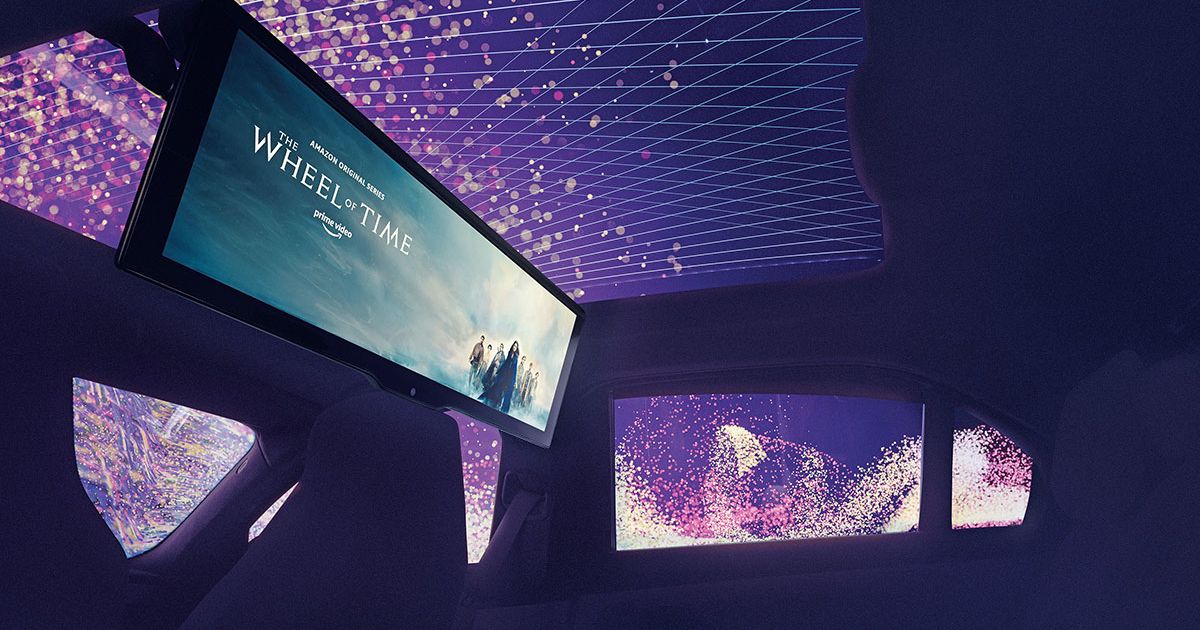