As artist Tommy Gregory carefully and tightly wrapped his new glass artworks made at Pilchuck Glass School in preparation for the trip from the woods of Stanwood back into Seattle, he was shocked to see his fellow artists not doing the same. Instead, he saw them tossing their pieces in […]

As artist Tommy Gregory carefully and tightly wrapped his new glass artworks made at Pilchuck Glass School in preparation for the trip from the woods of Stanwood back into Seattle, he was shocked to see his fellow artists not doing the same. Instead, he saw them tossing their pieces in the recycling. These were masters of their craft, Gregory recalled, yet they didn’t seem interested in taking their new work home.

When Gregory asked his colleagues why they weren’t taking their new artworks with them, they explained that, well, now they know how to make it, so they can make it again back home.

“It was really humbling to see people who are so good at their craft that they went out there and had the ability to just try something,” said Gregory, who serves as a senior project manager and curator of public art for the Port of Seattle. “The preciousness of the object, as beautiful as it is, isn’t the main reason people go there.”

That’s the common sentiment from artists who made their way through the Pilchuck campus. Pilchuck, which was founded in 1971 by Seattle glass artist Dale Chihuly and patrons Anne Gould Hauberg and John H. Hauberg, has grown into a powerhouse of an art school over the last half-century, the value of which can’t be boiled down to individual works created there. The name Pilchuck permeates the art scene, both locally — you truly can’t talk about places like the Tacoma Museum of Glass or Chihuly Garden and Glass without hearing the school’s name — and beyond.

“I mention Pilchuck and any major artist or art lover is aware of it,” Gregory said. “It kind of transcends the art world. What happened out there, by putting a glass hot shop in the middle of a forest, created this synergy of magic.”

As the school commemorates its 50th anniversary with a homecoming event on Sept. 18 for those who have previously been a part of Pilchuck’s sessions, part of a yearlong celebration that started back in October 2021, artists praised the school for being a rare place that allows artists from around the world to learn, network and, importantly, take risks.

“There’s the Vegas saying: ‘What happens in Vegas stays in Vegas.’ But it’s the opposite at Pilchuck,” said executive director Christopher R. Taylor. “What happens at Pilchuck goes around the world and back. People leave here and they take new techniques that they’ve learned from people around the globe back to their communities, and they share those techniques.”

Located in the foothills of the Cascade Mountains, the Pilchuck campus is surrounded by a 15,000-acre tree farm and it sits on a 55-acre site consisting of fields, forests, trails and streams. The school offers artist residencies during the summer months and workshops throughout the year, with courses ranging from introductory to advanced, with students (all at least 18 years old) choosing one course — like a class on mixing glass blowing and sculpting techniques or one exploring new frontiers in stained glass — as their session focus. Taylor said the goal is to provide a mashup of ideas and techniques from a variety of artists and an environment that allows the artists in the course to experiment and explore together.

As Taylor reflected on the school’s history, he thought of Chihuly, back in ‘71, climbing hills to establish the school as a tent in a field. Taylor joked that, since Chihuly had passed up a barn in favor of that tent, he wonders if Chihuly would today pass up the 60-building campus to go farther into the woods, find a new patch and again start from scratch.

“Looking back at the early days of Pilchuck, I don’t think any of us would have dreamed that the school would still exist 50 years later,” said Chihuly, “let alone become known as one of the world’s most preeminent art schools focused on the glass medium.”

Seattle-based metal and glass artist KT Hancock said she was “hooked” after her first time at Pilchuck nearly a decade ago. Being around other artists with similar interests, she said she felt a surge of energy.

“If you look back to photographs from the beginning of Pilchuck in the early ‘70s,” Hancock said, “it absolutely was a group of hippies in the woods working collaboratively to make things happen. Although the campus has changed and become slightly more modernized, this sense of collaboration, teamwork and glass legacy still remains.”

Fellow Seattle artist Minhi England compared it to being a kid at summer camp. The school, she said, creates a sense of familial closeness that connects artists. Suddenly, attendees find themselves with connections around the world to artists who they otherwise might never have met. England, the runner-up on the third season of Netflix’s reality glass blowing competition series “Blown Away,” said she met the majority of her close friends through Pilchuck, including her late husband.

“There’s just something so magical about experiencing the beauty and abundant imagination out on the tree farm that is very difficult to replicate,” said England, who first came to Pilchuck in 2012.

The sense of purpose, play and hard work between like-minded artists on campus led New York-based artist Hank Murta Adams to crediting his experiences at Pilchuck in the mid-’90s to changing the way he taught. Over the summers of ‘94 and ‘95, Adams led a two-part workshop, devised by former Pilchuck artistic director Pike Powers, that resulted in the building of a concrete and glass structure known as “The Trojan Horse,” which Pilchuck director of marketing Sarah Parkinson called one of the most iconic and beloved structures on campus.

But why Adams credited Pilchuck, and more specifically Chihuly, was because of the way they engaged visiting artists. These artists weren’t simply brought in as lecturers, but as collaborators to share in experiments and experiences. Additionally, he noted, these artists tended to be external to the glass world, feeding a sort of cross fertilization of backgrounds and techniques that artists would then take with them.

“When it’s hard to keep up with what you’ve inspired students with, you know you’ve headed in the right direction,” said Adams, who himself studied as a painter before being drawn into the glass world, of the school’s influence.

Port of Seattle’s Gregory considered himself more of a conceptual artist and not really an artist within the glass world prior to his Pilchuck experience, which he finally had this summer after pandemic delays. With a background in woodworking, welding, printmaking and other avenues within the conceptual art world, Gregory said he’d never seen folks of all backgrounds come together quite like artists at Pilchuck. He said he felt like he was watching a seasoned jazz quartet as his fellow artists took to the Pilchuck hot shop where the glass artworks are crafted.

“The way they were able to read each other’s cues on where to be within the hot shop,” Gregory said, “it was like nothing I’ve ever seen in the art world, and I’ve been doing this my entire life.”

Gregory, though, may be as perfectly positioned as anyone to see the local importance of Pilchuck. Last year, in a collaboration between the Port of Seattle and Pilchuck, Gregory helped efforts to install a celebratory art exhibition at the Seattle-Tacoma International Airport. The vinyl display near Concourse A details the school’s 50-year evolution.

“I see why the place is so magical,” Gregory added. “I left there a different artist.”

Sat Sep 17 , 2022
Saturday is the day to be at Fashion Island at this year’s StyleWeekOC — the 11th such iteration since the event started and the shopping center’s 55th anniversary. The weekend-long campaign kicked off Wednesday with a private fashion show at Nieman Marcus, heralding in this year’s theme of “Layers of […] 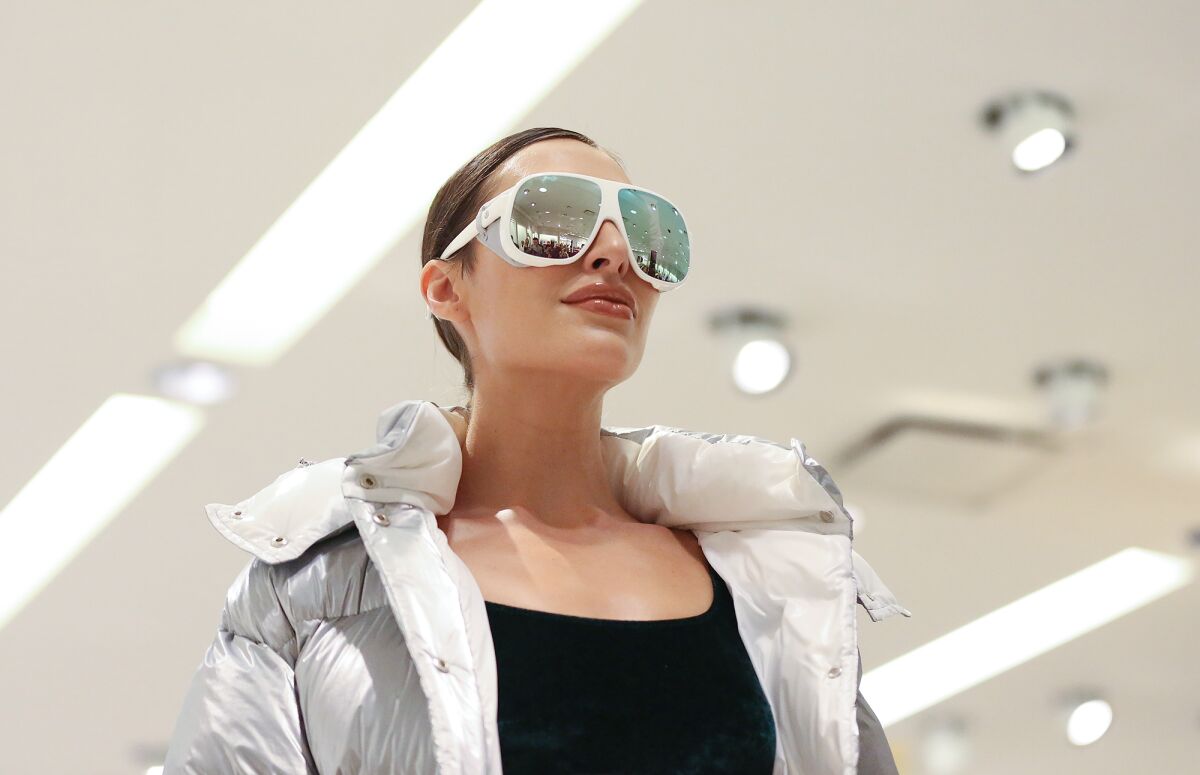