When I was in law school, everyone was required to purchase the infamous Bluebook, which is a small — and you guessed it — blue book that includes a uniform citation style that is used by large swaths of legal academia and the legal profession. I first thought that it […] 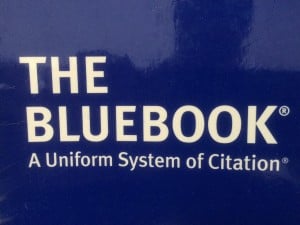 When I was in law school, everyone was required to purchase the infamous Bluebook, which is a small — and you guessed it — blue book that includes a uniform citation style that is used by large swaths of legal academia and the legal profession. I first thought that it was crazy that I would now need to learn a completely new citation style in law school, since I learned the Chicago Manual of Style and other citation guidelines in college and as an M.A. candidate, and now I would have to start from scratch. However, I knew how learning to properly cite was important to law school classes, work on a journal, and eventually, in legal practice. Nevertheless, I later came to discover that perfect Bluebooking is usually less important in legal practice than in law school, and law students should breathe easier knowing that the citation skills they learn in law school can get a little rusty in legal practice without too many issues.

Perhaps the fundamental reason for a uniform citation system is so that individuals can succinctly refer to authorities that buttress their points and find such authorities if they wish to review them at length. In legal writing, lawyers need to refer to cases, statutes, factual content, and everything in between when making their arguments. Uniform citations are an important tool to supporting points made by lawyers in a way that is translatable by other lawyers and the court.

However, messing up on the correct format for a citation does not mean that an adversary or the court will be unable to tell what authority an advocate is relying on to make a certain point. Of course, attorneys need to be accurate with the name of the case, the reporter it has been published in, and other information about the case. However, if a lawyer fails to properly abbreviate the names in the case title, someone is still going to know what authority the advocate is referring to. In addition, so long as the attorney cites one reporter that a case is included in, even if this is not the appropriate reporter under a uniform system of citation, other people will still be able to research a case. Moreover, there are few practical consequences for failing to underline, italicize, or apply other style guidelines to citations.

In addition, the uniform citation system that is taught in law school is often not too applicable to the real world of practicing law. Different jurisdictions usually have their own system for citing cases, statutes, and other authorities that are relied on by lawyers in their advocacy. Indeed, if you look at court citations in Lexis or Westlaw, you will likely find a wide variety of ways to cite cases and other authorities based on the jurisdiction, whether the court is federal or state, and other factors. Of course, the uniform citation system taught in law school can usually be reliably used if someone does not know the particular citation style of the jurisdiction in which an attorney is practicing. However, since different courts use different citation styles, it is not worth sweating it if someone does not remember the particularities of the uniform citation scheme they learned in law school.

To be clear, in some situations, it is more important to use the proper citation style so that a lawyer looks professional and so the court can see that an advocate has done everything they can to make the papers look as polished as possible. Generally, for appeals, it is more important that citations conform to the citation system that is being used by the court to which an appeal is perfected. On appeals, it is much more common for judges and their staff to carefully review the papers since appellate courts generally have more resources than trial courts. Moreover, the functions of appellate courts are usually more limited than trial courts, so appellate judges have more time to scrutinize papers. As a result, appellate judges might appreciate compliance to a uniform system of citation more than others. In addition, appellate decisions are more likely to be published, and appellate briefs might receive greater circulation than trial-level briefs, so advocates need to ensure that their appellate papers are as polished as possible.

Nevertheless, it is extremely rare for a judge to call out an attorney for failing to use the correct citation style. So long as an attorney accurately cites to an authority, I have never seen a judge complain that an advocate did not abbreviate a name, underlined the wrong part of a citation, or made another procedural mistake with how they cited to an authority. Of course, in some instances, strict compliance with citation schemes is important, and lawyers should do their best to make papers as polished as possible. Nevertheless, law students should rest assured knowing that proper Bluebooking is not as important in the actual practice of law as it is in law school. 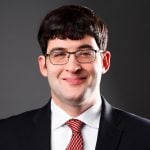 Jordan Rothman is a partner of The Rothman Law Firm, a full-service New York and New Jersey law firm. He is also the founder of Student Debt Diaries, a website discussing how he paid off his student loans. You can reach Jordan through email at [email protected]

How to find the best online classes | Food and Cooking

Fri Jan 21 , 2022
You achieve mastery through many small, confident steps forward. If you are a beginner, work on perfecting one technique at a time. As you gain proficiency, you can build upon your culinary skills by adding a new meal each week. BestReviews With new post-holiday cooking toys and the pandemic still […]