Denied a major professional sports franchise for decades because of the potential for gambling interference, the city of Las Vegas is looking to add its third team in the last five years. Tourism officials are ecstatic about the chatter – and it’s only chatter right now – that the Oakland […]

Denied a major professional sports franchise for decades because of the potential for gambling interference, the city of Las Vegas is looking to add its third team in the last five years.

Tourism officials are ecstatic about the chatter – and it’s only chatter right now – that the Oakland Athletics could relocate to Sin City, just as their neighbor the Oakland Raiders football team did in 2020.

According to a terrific story in the Las Vegas Review-Journal, Oakland Athletics president Dave Kaval visited Las Vegas in May and took in a playoff hockey game featuring the Golden Knights, the city’s first major pro sports franchise that joined the National Hockey League in 2017.

Prior to that, Las Vegas had been known more for hosting big professional fights and, later, Ultimate Fighting Championship events NASCAR races.

“We believe live sporting events are a draw for our visitors,” Lori Nelson-Kraft, senior vice president of communications and public affairs with the Las Vegas Convention and Visitors Authority, told the LVRJ. “We’ve seen visitation increase to the destination with annual events such as the National Finals Rodeo, UFC events and NASCAR, but also see the opportunity to drive further visitation with our professional sports teams.”

Baseball is a different bird, however.

Baseball teams, however, play 81 home games in a schedule tht is heavily skewed toward division rivals. So while a potential Las Vegs Athletics franchise would see traditional opponents like the Houston Astros or Los Angeles Angels or Seattle Mariners two or three times a year for three- or four-game series, it would see big draws like the New York Yankees and Mets, the Boston Red Sox, Los Angeles Dodgers and Chicago Cubs just once a year – and some of those not at all depending on how the schedule fell.

Then again, as the article suggested, there’s a lot to be said for attracting visitors who want to make attending a ballgame a part of their Vegas experience.

The Vegas Golden Knights have proved that theory with T-Mobile Arena every year hosting thousands of Canadians who want to see their Edmonton Oilers, Toronto Maple Leafs or Montreal Canadiens,

Jeremy Aguero, who monitors the Southern Nevada economy with Las Vegas-based Applied Analysis, said he has seen no studies indicating what percentage of fans at Golden Knights games are from out of town. However, he believes between 15 percent and 20 percent of T-Mobile’s 18,000 seats are filled by out-of-towners.

In addition, of the 55,000 personal seat licenses sold for Allegiant Stadium to see the Raiders, 22,000 went to people outside Las Vegas, including 7,000 from Oakland.

Fri Aug 6 , 2021
When four-star safety Bryce Anderson announced his top two schools, it became an old-fashioned in-state Texas vs Texas A&M showdown. Both schools are pushing hard to land Anderson, needing him to be a key part of their secondary. Despite having to go through multiple schedule changes, Anderson made it to […] 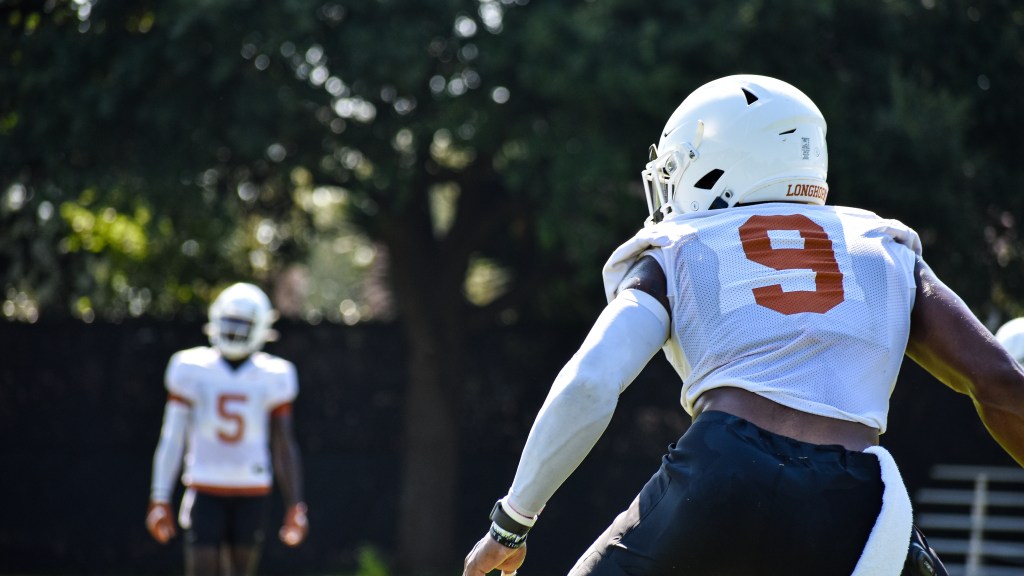