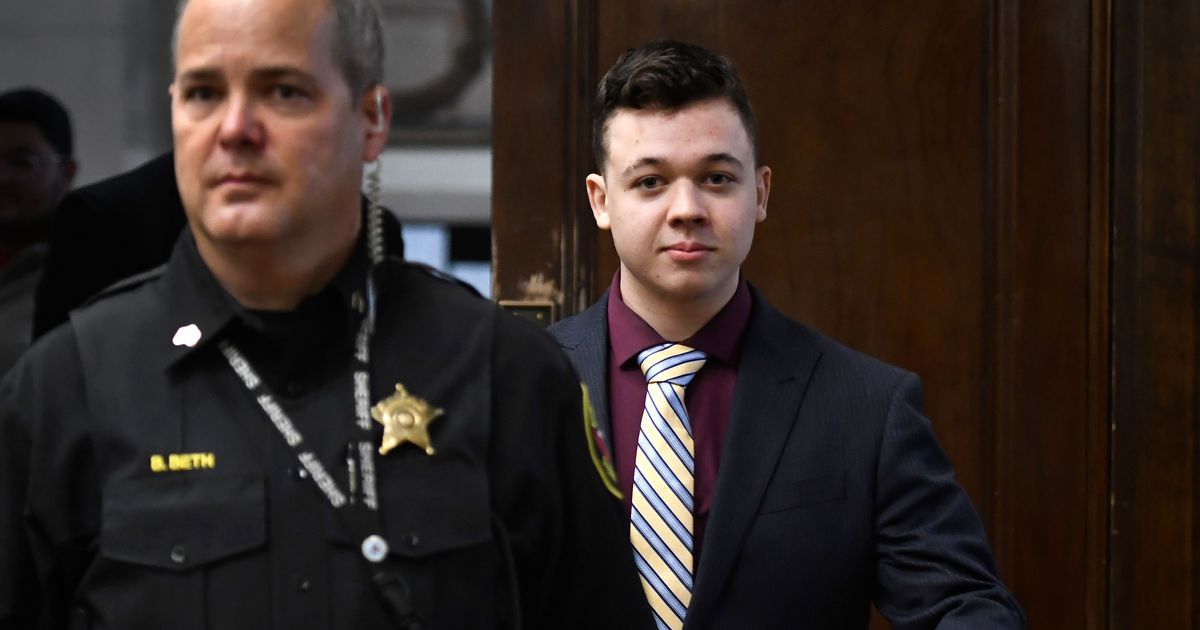 In August 2020, Kyle Rittenhouse brought an AR-15 to downtown Kenosha, Wisconsin, in the name of law and order. As protests and riots raged in the wake of the police shooting of Jacob Blake, the 17-year-old Blue Lives Matter enthusiast felt called to serve as an amateur armed guard for a Kenosha car dealership. He ended up shooting two unarmed protesters dead and blowing off another’s right bicep.

Now, a Wisconsin jury is deliberating over whether Rittenhouse’s shooting spree constituted a crime. And many legal observers believe it did not, or at least that the prosecution did not prove the teenage vigilante guilty of the most serious charges brought against him. Thus, an acquittal would not necessarily discredit the jurors’ judgement. But it would spotlight the anarchy latent in America’s peculiar combination of lax gun regulations, expansive self-defense rights, and mass gun ownership.

Before examining the substance of Rittenhouse’s defense, it’s worth reviewing the case’s undisputed facts. Bystanders’ cell-phone videos establish that 36-year-old protester Joseph Rosenbaum chased Rittenhouse into a parking lot, shouted “Fuck you!,” and threw a plastic bag at his back; that a different protester fired a gun into the sky, and immediately following this shot, Rittenhouse ceased fleeing and turned around; that Rosenbaum then moved toward Rittenhouse, who proceeded to fire four times.

Those shots attracted the attention of nearby demonstrators. One ran up behind Rittenhouse and hit him in the head, another kicked the gunman to the ground. Then, 26-year-old Anthony Huber whacked Rittenhouse with a skateboard and appeared to reach for his rifle; Rittenhouse shot Huber through the heart, instantly killing him. Gaige Grosskreutz, 28, approached and pointed a handgun at Rittenhouse; Rittenhouse nearly blew Grosskreutz’s right arm off.

Under Wisconsin law, you can kill people in self-defense if you reasonably believe that doing so is necessary to spare yourself or others from imminent bodily harm or death. This belief need not be accurate. Nor must it be reasonable from an objective perspective. It only needs to be reasonable from the subjective point of view of the shooter in the moment he or she pulls the trigger.

There is one caveat to this rule: If you engage “in unlawful conduct of a type likely to provoke others to attack,” then you can’t kill the attackers whom your unlawful actions provoked. (Though even here there is some ambiguity, as Wisconsin’s statute appears to directly contradict itself.)

It is legal in Wisconsin for a 17-year-old to openly carry an AR-15, as Rittenhouse did. Thus, to nullify his eligibility for self-defense, Rittenhouse likely would have had to provoke Rosenbaum through some concrete act. And yet, under Wisconsin law, the privilege of self-defense “lost by provocation” may be regained if one “withdraws from the fight.” Given that Rittenhouse was running away from Rosenbaum before their fatal encounter, any preceding provocation would seem immaterial.

If prosecutors failed to prove Rittenhouse legally culpable for the killing of Rosenbaum, the rest of their case gets significantly weaker. Killing in self-defense is a lawful act, and lawful acts cannot constitute “provocations” that strip an individual of the right to self-defense. Videos suggest that Huber hit Rittenhouse and reached for his weapon. Grosskreutz, meanwhile, testified that he pointed a handgun at Rittenhouse before he was shot. If these actions were not “provoked,” then Rittenhouse plausibly had a legal right to respond to them with lethal force.

None of this evidence necessarily proves the validity of Rittenhouse’s self-defense claims. But it doesn’t need to. All that Rittenhouse’s attorneys had to do was establish reasonable doubt about whether his invocations of self-defense were legally sound. It would be hard to fault a jury for concluding that this burden was met.

On parts of the right, Rittenhouse has been celebrated as a defender of order against anarchy, and law enforcement against miscreants. Yet the culture that turned the 17-year-old into a revered killer — a culture of mass firearm ownership and vigilantism — is antithetical to law and order as it is conventionally understood. It is a culture premised on the illegitimacy of the state’s monopoly on violence and the incapacity of formal institutions to uphold social order or public safety. It sees America as a society forever teetering on the brink of Hobbesian breakdown, and firearms as the sole guarantor of individual security. And the more influential this culture becomes, the more its paranoid delusions come to resemble our collective reality.

Rittenhouse’s self-defense claims boast legal plausibility. But they also illustrate the difficulty of reconciling mass gun ownership and expansive rights to self-defense with the rule of law.

Rittenhouse’s killing of Rosenbaum may have been lawful. But that was scarcely self-evident to the bystanders who heard gunshots and then saw a killer holding an AR-15. The group of protesters who proceeded to chase and attack Rittenhouse could have reasonably believed that killing the armed teenager was necessary to save others from imminent bodily harm. If Rittenhouse had a right to shoot Huber and Grosskreutz in self-defense, the latter had a similarly legitimate basis for shooting Rittenhouse dead.

Put differently: Once Rittenhouse fired his first shots, he and his attackers plausibly entered a context in which neither could be held legally liable for killing the other. Whether one emerged from this confrontation legally innocent or lawfully executed hinged on little more than one’s relative capacity for rapidly deploying lethal violence. Rittenhouse had a more powerful weapon and a quicker trigger finger than Huber or Grosskreutz. Thus, he may well walk free, in full health, while Huber lies in a grave and Grosskreutz gets by without the bulk of his right bicep.

This outbreak of “Wild West” rule isn’t as anomalous as one might hope. America’s culture of vigilantism, high rate of gun ownership, and increasingly permissive self-defense laws have conspired to turn “kill or be killed” scenarios into a regular occurrence.

In the ongoing trial of Travis McMichael for the killing of Ahmaud Arbery, McMichael has claimed that he killed the unarmed African American jogger in self-defense. In McMichael’s account, he and his two co-defendants pursued Arbery in hopes of making a citizen’s arrest, as they believed him to be responsible for a spate of neighborhood burglaries. After chasing Arbery down in a pickup truck, McMichael ran out and confronted Arbery. He alleges that Arbery then tried to grab his gun, at which point he shot Arbery in self-defense.

McMichael’s self-defense claim looks dubious to my non-lawyer eyes. But even if we stipulate its truth and legal validity, it seems clear that Arbery had every bit as valid a legal basis for killing McMichael in this confrontation. Three strangers chased Arbery in vehicles and then ran toward him with guns. If Arbery had taken McMichael’s firearm and then shot McMichael with it, could a prosecutor have proven beyond a reasonable doubt that Arbery hadn’t done so out of a reasonable belief that he faced an imminent threat of great bodily harm?

In the firefight that led to Breonna Taylor’s death, authorities found that neither Taylor’s boyfriend Kenneth Walker, who shot into a group of plainclothes officers as they forced their way into her apartment, nor the police officers who fired 32 shots in response, killing Taylor, provably violated the law. Taylor had a plausible basis for believing that the police officers were actually intruders, and the cops a plausible basis for believing they were being deliberately targeted as officers of the law.

As Shaila Dewan notes in the New York Times, “legally kill or legally be killed” scenarios are just one of several pathological consequences of America’s lax gun regulations, and permissive police use of force and/or self-defense laws. In much of the country, Americans have a legal right to openly carry weapons of mass murder. And yet all it takes is one suspicious bystander, a phone call to the police, and the arrival of a trigger-happy cop for the legal act of carrying an AR-15 — or a toy gun — to become a legal basis for one’s summary execution.

If America’s permissive self-defense laws and abundant guns open up a vast zone of permissible killing, the precise borders of that territory are shaped by white supremacy. In a 2013 study of U.S. homicides, the Urban Institute found that killings involving “a white perpetrator and a black victim are 281 percent more likely to be ruled justified than cases with a white perpetrator and white victim.”

It is not obvious how (or even if) America’s self-defense laws should be reformed. As John Pfaff argues in the Washington Post, lowering prosectors’ burden of proof in self-defense cases may do more to imperil victims of alleged domestic violence like Marissa Alexander than to restrain right-wing vigilantes like Kyle Rittenhouse.

The fundamental source of the carnage in Kenosha, and the anarchic legal paradoxes it exposed, are America’s superabundance of firearms, self-appointed guardians of public order, and the culture that produced them. When anyone could have a gun, or be about to reach for someone else’s, every victim is a potential killer, and every killer potentially innocent.

Correction: An earlier version of this column stated that it is illegal for minors to openly carry AR-15 rifles in Wisconsin. But due to unclear legislative language, there is some ambiguity on this point. Although minors are prohibited from openly carrying weapons (including all handguns) in Wisconsin, state law does allow 16 and 17-year olds to carry long rifles. The apparent intention of this exemption was to allow minors to hunt. As the Wisconsin Legislative Council advised in a 2018 memo, except in cases of “hunting, military service, and target practice, a person under age 18 is generally prohibited from possessing or going armed with a firearm.” Nevertheless, at Rittenhouse’s trial, Judge Bruce Schroeder accepted the defense’s argument that Wisconsin law forbids 17-year-olds from carrying handguns — but allows them to openly carry semi-automatic rifles – and dismissed the charge of illegal firearm possession.

Want more stories like this one? Subscribe now to support our journalism and get unlimited access to our coverage. If you prefer to read in print, you can also find this article in the November 22, 2021, issue of New York Magazine.

Daily news about the politics, business, and technology shaping our world.


By submitting your email, you agree to our Terms and Privacy Notice and to receive email correspondence from us. 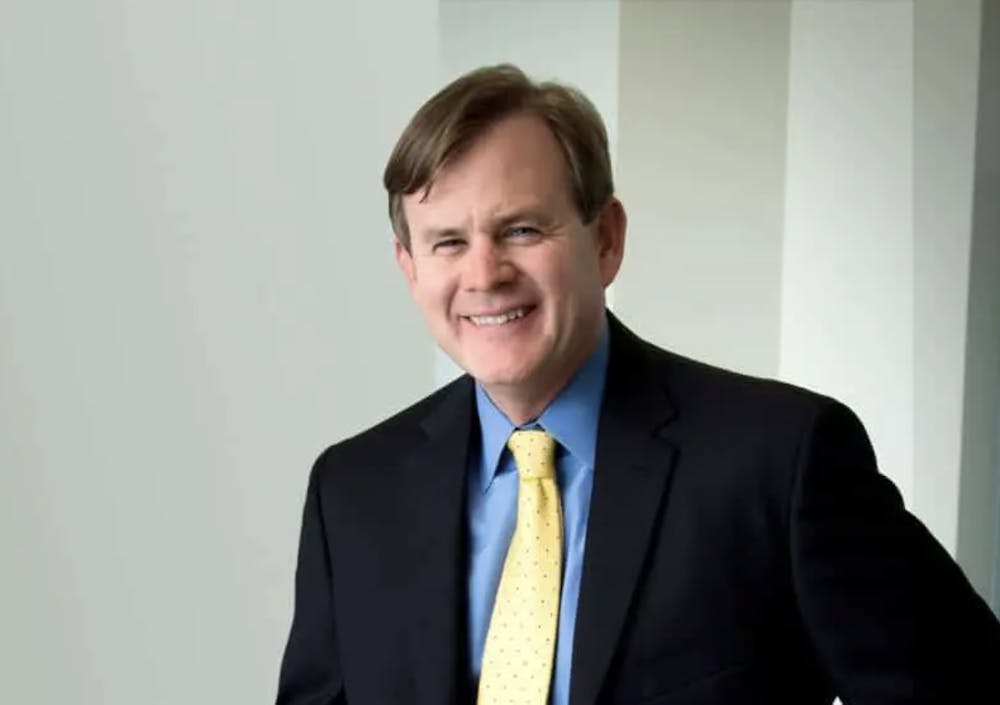 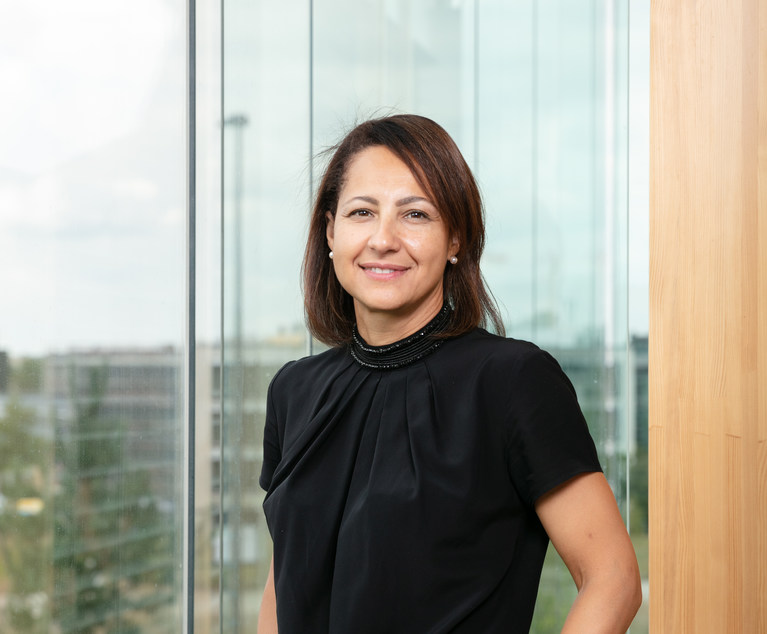 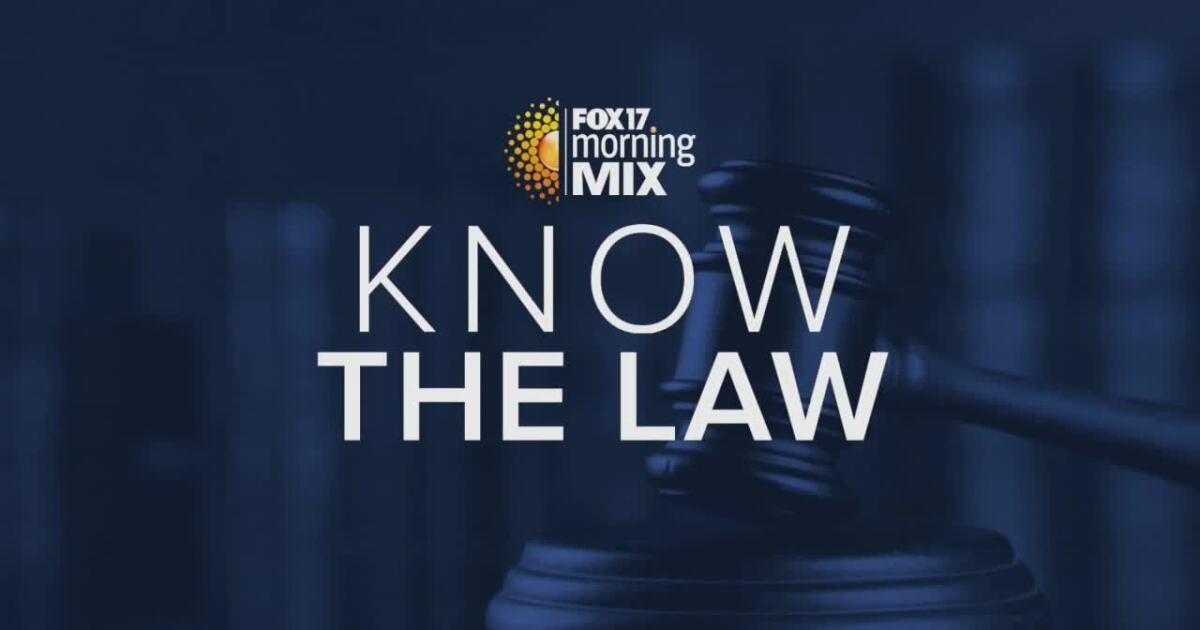