WASHINGTON — The Biden administration will ask the Supreme Court to block a Texas law that bans most abortions after six weeks of pregnancy while a challenge to it moves forward, a spokesman for the Justice Department said on Friday. Last month, in a separate case brought by abortion providers, […]

WASHINGTON — The Biden administration will ask the Supreme Court to block a Texas law that bans most abortions after six weeks of pregnancy while a challenge to it moves forward, a spokesman for the Justice Department said on Friday.

Last month, in a separate case brought by abortion providers, the Supreme Court allowed the law to go into effect in a bitterly divided decision. The new challenge — from a different party and based on different legal theories — will let the justices take a fresh look at the law, known as Senate Bill 8.

The vote in the earlier case was 5 to 4, with Chief Justice John G. Roberts Jr. joining the court’s three liberal members in dissent.

“The Justice Department intends to ask the Supreme Court to vacate the Fifth Circuit’s stay of the preliminary injunction against Texas Senate Bill 8,” the spokesman, Anthony Coley, said in a statement.

It is not clear when the department will file its emergency application in the Supreme Court. Based on their usual practices, the justices are likely to move fairly quickly once the application has been filed and could render a decision in a week or so.

The Texas law, one of the strictest in the country, bans abortions at around six weeks of pregnancy, a time when many women may not yet know they are pregnant. It makes no exceptions for pregnancies resulting from rape or incest.

Supreme Court precedents prohibit states from banning abortion before fetal viability, the point at which fetuses can sustain life outside the womb, or about 22 to 24 weeks into a pregnancy. That makes the Texas law unconstitutional under the controlling precedents.

But it was written to make it difficult to challenge in court.

Usually, a lawsuit seeking to block a law because it is unconstitutional would name state officials as defendants. But the Texas law bars state officials from enforcing it and instead deputizes private individuals to sue anyone who performs the procedure or “aids and abets” it.

The patient may not be sued, but doctors, staff members at clinics, counselors, people who help pay for the procedure, and even an Uber driver taking a patient to an abortion clinic are all potential defendants. Plaintiffs, who do not need to live in Texas, have any connection to the abortion or show any injury from it, are entitled to $10,000 and their legal fees recovered if they win. Prevailing defendants are not entitled to legal fees.

Attorney General Merrick B. Garland has called the enforcement mechanism an “unprecedented” effort to bar women from their constitutionally protected right to have an abortion.

Last week, Judge Robert L. Pitman of the Federal District Court in Austin temporarily blocked the law in the case brought by the Justice Department, writing that he would “not sanction one more day of this offensive deprivation of such an important right.”

He criticized the law’s efforts to avoid judicial scrutiny.

“Fully aware that depriving its citizens of this right by direct state action would be flagrantly unconstitutional,” Judge Pitman wrote, “the state contrived an unprecedented and transparent statutory scheme to do just that.”

On Thursday, a divided three-judge panel of the U.S. Court of Appeals for the Fifth Circuit, in New Orleans, stayed Judge Pitman’s ruling, reinstating the law. The Biden administration will ask the Supreme Court to lift the stay.

The law immediately stopped most abortions in Texas when it went into effect at the start of September. Demand at clinics in nearby states like Oklahoma has surged as women in Texas seeking abortions after six weeks of pregnancy have been forced to travel out of state.

In the earlier Supreme Court ruling, the majority opinion was unsigned and consisted of a single long paragraph. It said the abortion providers who had challenged the law in an emergency application to the court had not made their case in the face of “complex and novel” procedural questions. The majority stressed that it was not ruling on the constitutionality of the Texas law and did not mean to limit “procedurally proper challenges” to it.

“The court’s order is stunning,” Justice Sonia Sotomayor wrote in dissent. “Presented with an application to enjoin a flagrantly unconstitutional law engineered to prohibit women from exercising their constitutional rights and evade judicial scrutiny, a majority of justices have opted to bury their heads in the sand.”

The ruling last month fueled the hopes of opponents of abortion and the fears of abortion-rights as the court takes up a separate case involving a Mississippi that bans most abortions after 15 weeks. That case is a direct challenge to Roe v. Wade, the landmark 1973 decision that established a constitutional right to the procedure.

Selling Cars in the Era of the Chip Shortage: Online Chats and No More Haggling

Sun Oct 17 , 2021
The global chip shortage has slashed vehicle inventories and left dealers with few cars to sell. It has also left car salesmen and women with less to do on the dealership lot. Dealerships laid off thousands of salespeople at the start of the pandemic. While some have been rehired, about […] 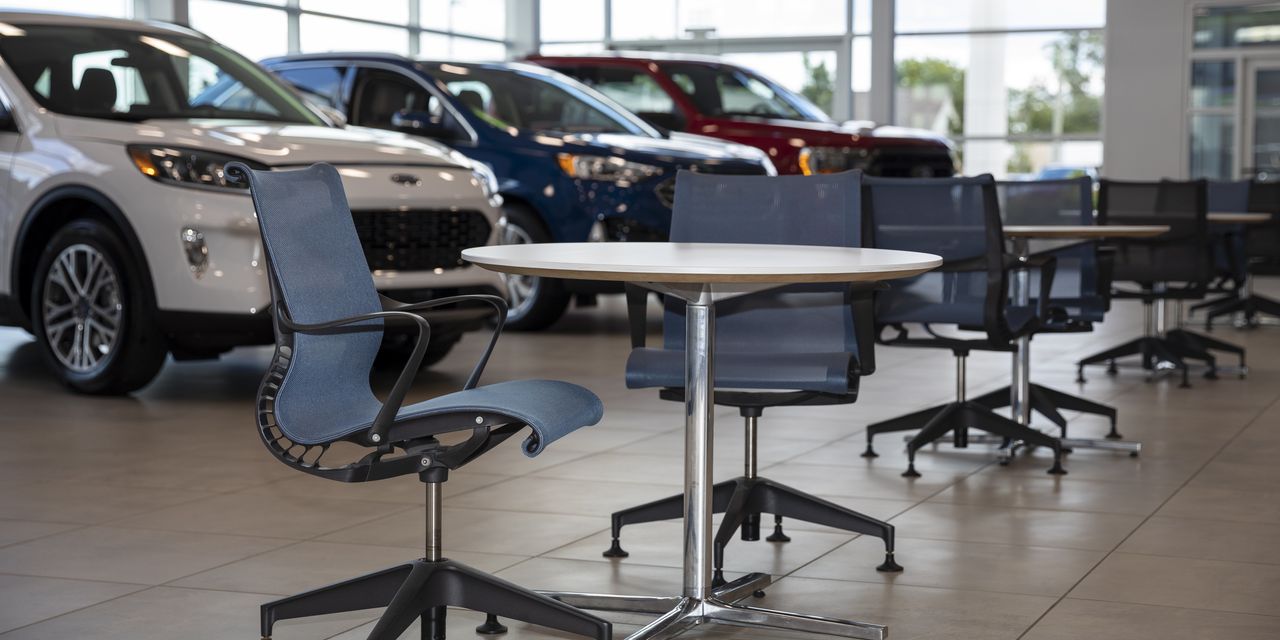