Comment on this story Comment Dewey Fredrick bought a lemon of a Jeep back in 1986, and for more than three decades, it was his torment, according to court documents. Five presidential administrations came and went in the 36 years since Fredrick purchased that Jeep from a car dealer in […]

Dewey Fredrick bought a lemon of a Jeep back in 1986, and for more than three decades, it was his torment, according to court documents.

Five presidential administrations came and went in the 36 years since Fredrick purchased that Jeep from a car dealer in Fort Wayne, Ind. Wars broke out in Afghanistan, Iraq and Ukraine. New technologies sprang into widespread use: the internet, social media, smartphones. With the addition of air bags, satellite location services and backup cameras, cars got smarter, too.

Through it all, Fredrick’s grudge endured, according to an affidavit for the 79-year-old’s recent arrest.

This month, he decided to get his revenge, the affidavit said. Early one morning, Fredrick allegedly torched four vehicles on two car lots associated with the dealer that sold him the Jeep. He was charged Saturday with four counts of arson and now faces eight to 48 years in prison if convicted of all four felonies.

Neither Fredrick nor the lawyer who represented him at a bond hearing Monday immediately responded to requests for comment from The Washington Post late Tuesday.

Around 1:15 a.m. on July 17, Fredrick drove his 2002 Chevy S-10 pickup to the O’Daniel used car dealership, according to Scott Alday, an arson investigator with the Fort Wayne Fire Department who wrote the affidavit for Fredrick’s arrest. Fredrick allegedly opened the fuel door of a Jeep Compass SUV sitting on the lot and stuffed the burning end of a road flare into the fuel line.

“Several moments later the 2019 Jeep Compass was engulfed in flames,” Alday said in the affidavit.

The fire grew, spreading to a 2013 GMC Acadia and a 2020 Jeep Cherokee parked on either side of the Compass, according to Alday. In all, there was nearly $72,000 in damage to the three vehicles.

He wasn’t done, the affidavit said. Fredrick then drove to O’Daniel Mazda, where he allegedly used a knife to cut open the roof of a 2008 Pontiac Solstice convertible. Fredrick lit another flare and pushed it through the opening he’d made, Alday said. It dropped onto and ignited the driver’s seat, causing $12,823 in damage, according to the affidavit.

A camera captured Fredrick at the first car lot, Alday said. When the arson investigator interviewed Fredrick, he confessed to starting the fires, explaining that he did so because O’Daniel had sold him a Jeep with a bad motor in 1986 and then “refused to make it right,” the affidavit states. He allegedly retaliated at the time by putting Super Glue in the door locks of several cars on an O’Daniel lot.

Thirty-six years later, Fredrick decided the car dealer’s punishment needed to be more severe, according to the affidavit.

“It was time for the chickens to return to roost,” he told the arson investigator.

During the interview with Alday, Fredrick was upset he didn’t get to see the fire he’d started, the affidavit said. When Alday showed him a video of the blaze, Fredrick allegedly identified himself and his pickup truck in the video before saying, “Oh, that [sucker] was cooking wasn’t it?”

Alday told him the folks at O’Daniel weren’t happy about either fire.

Wed Jul 27 , 2022
Lil Nas X is poised to clean up at the MTV Video Music Awards on Aug. 28. Lil Nas X, Jack Harlow and Kendrick Lamar led the awards nominations announced Tuesday with seven each. Harlow and Lil Nas X shared six for their work on “Industry Baby,” including nods for […] 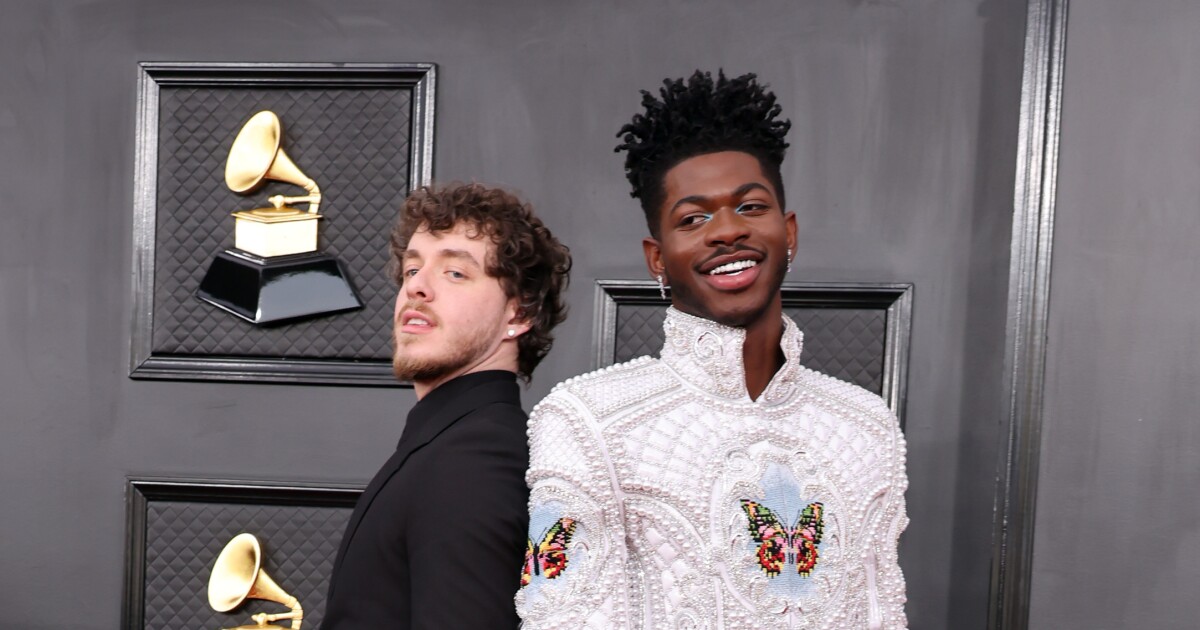