Tensions and emotions are running high in the U.S. after the leaked Supreme Court draft opinion published by Politico suggested that Roe v. Wade, the landmark 1973 ruling that established abortion rights nationwide, could be overturned this summer. However, the U.S. is not alone in having a heated debate about […]

Tensions and emotions are running high in the U.S. after the leaked Supreme Court draft opinion published by Politico suggested that Roe v. Wade, the landmark 1973 ruling that established abortion rights nationwide, could be overturned this summer.

However, the U.S. is not alone in having a heated debate about abortion, and laws on the procedure differ in countries around the world. Regardless of the laws surrounding abortion, rates are similar in countries where abortion is restricted and those where the procedure is largely legal, according to the Guttmacher Institute, which supports abortion rights.

Here are some key facts on abortion laws in other countries, based on information from the Center for Reproductive Rights, the Guttmacher Institute, the World Health Organization and Reuters.

Countries and regions with strict limits on abortion

Abortion is prohibited altogether in 24 countries. When people face barriers to obtaining safe abortions, they often resort to unsafe procedures, according to the WHO, and unsafe abortions are more common in countries with restrictive laws.

Abortion is a crime in El Salvador, which has some of the world’s most restrictive laws. They prohibit abortion even when pregnancy endangers a woman’s life or health or in cases of rape. The procedure has been banned without exception since 1998. More than 180 women who experienced obstetric emergencies were prosecuted for abortion or aggravated homicide in the last 20 years. Women accused of having had abortions have been convicted of homicide, sometimes with prison terms of up to 40 years, according to Human Rights Watch.

Women in Malta are denied access to abortion entirely, even if their lives are at risk. It is the only European Union member state that prohibits the procedure, and women who have an abortion face up to three years in jail.

Poland is a staunchly Catholic country and has some of the most restrictive laws in Europe. The law changed in 2021 to make it illegal to terminate pregnancies with fetal defects, and it is now only possible to get an abortion to save the life of a woman, to preserve her health or in cases of rape or incest.

In Africa, while unintended pregnancies have decreased  by 15 percent over the last 30 years, abortions have increased by 13 percent, according to the Guttmacher Institute. Many African countries have restrictive laws on abortion, allowing the procedure only if a mother’s life is threatened, like in Nigeria, or in the cases of rape, incest or fetal defects, as in Botswana and Zimbabwe.

Colombia’s highest constitutional court ruled in February to legalize the procedure until the 24th week of pregnancy.

Mexico’s Supreme Court unanimously ruled in September to decriminalize abortion. The procedure is allowed until up to the 12th week of pregnancy. In Mexico City, abortion was decriminalized in 2007.

Ireland voted in 2018 to remove an abortion ban from its constitution. Abortion is now permitted up to the 12th week of pregnancy, when the health or life of the mother is at risk, or when the fetus has a congenital defect.

Argentinian lawmakers in late 2020 passed a bill legalizing abortion until the 14th week of pregnancy and after that in certain circumstances.

Countries with fewer restrictions on abortion

In much of Europe, Canada and Australia, laws around abortion are somewhat similar to the U.S. in that there are few restrictions other than gestational limits. France, for example, has a gestational limit of 16 weeks, Spain’s limit is 14 weeks and Italy’s is 90 days.

In South Africa and Mozambique, abortion is permitted but limited to the first 12 weeks of pregnancy.

If the law in the U.S. changes with a Supreme Court ruling this summer, some states will likely change their restrictions on abortion. That means some areas of the U.S. could wind up with more restrictive laws on abortion than other developed countries, including neighboring Canada and Mexico.

Rachel Elbaum is a London-based editor, producer and writer.

Nigel Chiwaya is a senior data editor for NBC News.

Fri May 6 , 2022
A selection of VINIA dishes. (ROBERTO GONZALEZ) Have you met Fabio Perricelli? If not, you may want to make a reservation at VINIA.Tucked away in Hannibal Square, VINIA embodies the perfect intimate, Winter Park date night. Low lighting, cozy seating and a pink neon bar create an effortlessly romantic setting, […] 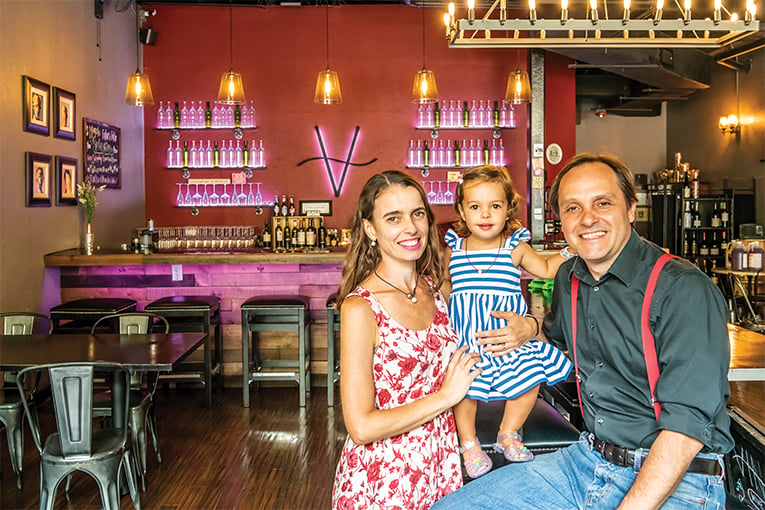