This profile is part of our Culture Shifters series, which highlights people who are changing the way we think about the world around us. Read about film archivist Maya Cade, internet stars Keyon Elkins and Drew Afualo, rapper Latashá, music historian Katelina Eccleston, filmmaker Alika Tengan, artist Kay Rufai and […]

Ani Liu thinks of her body as a tool — and the subject — of artmaking. In her work, the 36-year-old research-based artist visualizes the emotional experiences she underwent at every stage in her life.

In early 2020, Liu was without childcare for her newborn amid the pandemic while holding on to her full-time job as an artist and a lecturer at Princeton University teaching art classes through the lens of gender, social inequality and technology. More than 3 million women either lost jobs or dropped out of the labor force to take care of their children, according to an analysis by the Census Bureau in spring 2020.

The following year, five days after giving birth to her son in August 2021, Liu had to get back to work. She did not qualify for parental leave policies or maternity leave policies because she had just started a new contract as an associate professor of practice at the University of Pennsylvania Stuart Weitzman School of Design. She had to pump more milk than she directly fed her son.

“This was such an interesting moment where technology and humans are deeply integrated. I feel like I was feeding the machine instead of my son,” Liu said. “The pump can be very liberating when it allows you to remove your body from your baby and pursue whatever you want. But it can be limiting because the technology assumes that it’s feasible for all women to go back into the labor force when they are not.”

These are the kinds of conversations that Liu regularly explores in her exhibitions. She has learned how to disguise her art as science through research and experimentation on sex and gender, female empowerment and how technology confronts our cultural values.

In her latest exhibition “Ecologies of Care,” Liu showcases a series of pieces discussing the labor of mothering, body and politics. In the piece “Labor of Love,” she records every feed and diaper change for the first 30 days after giving birth to her daughter and uses vials filled with breast milk, formula or diaper fragments to mark a feed or a diaper change. The sound of a breast pump circulating milk echoes throughout the gallery space. The volume of milk present in “Untitled (Feeding Through Space and Time)” ranges from the amount produced in a single session of feeding to a month’s supply of lactation.

Liu said the process of lactation is usually stimulated by looking at a baby’s cute face or hearing the baby crying, but since she was pumping so early, the sound of the pump would make her lactate. This experience inspired her to create the pump artwork and made her question how machines play a role in the postpartum period.

Liu created another piece in this series called “The Surrogacy,” which depicts a pig uterus that is pregnant with human fetuses. It is inspired by Aldous Huxley’s dystopian novel “Brave New World” and feminist writer Shulamith Firestone’s argument that growing embryos outside of a mother’s body “can free women from the tyranny of reproduction.” Liu said that though some societies look at the uterus as factories, she thinks that an artificial womb is never a solution to gender inequality.

“​​I strongly believe that it’s not about technology that can change this issue. There are so many social resources that we could enact, like having paid parental leave or subsidized child care,” Liu said. “If you are going to take away women’s rights to abortion and force women to have babies, there should be [additional ways] to help mothers.”

As she explores her own body now, Liu hopes to create more projects about reproductive bodies and labor rights.

“Some people may think the idea of art making is really frivolous and extra because you need to have a certain amount of economic stability before you can do art. But ​​I think art is essential to culture.”

As a first-generation Chinese American immigrant, Liu’s parents barely spoke English when they immigrated to the United States in the early 1980s from Guangzhou. Her father cooked in a Chinese restaurant, and her mother cleaned hotel rooms to support the family. Growing up in Chinatown and the Flushing neighborhood in Queens, Liu was told from an early age that the only way to succeed was to do extremely well in school. Liu knew she had to work really hard to get out of poverty.

Liu genuinely loved school, even though there was a lot of pressure to be the perfect kid. She said learning was an escape from some of the more difficult things she experienced growing up as a Chinese American.

“Strangers would ask me ‘where are you from?’ and when I told them I am from New York City, they will ask ’but where are you really from?’” she said.

Liu studied sculpture and architecture at Dartmouth College and received a master’s degree in architecture at Harvard University. In grad school, she found her passion for art through coding. However, she didn’t know any artists within her family’s circle. On top of that, Liu’s parents told her that art-making can be dangerous; they had witnessed the cultural revolution in China, where the sociopolitical movement led by Chairman Mao Zedong in 1966 imprisoned many artists.

But Liu was determined to pursue her art anyway.

After graduating from Dartmouth College in 2008 during a recession, she stayed at the university and worked as a teaching assistant for the art department, helping facilitate the woodwork and casting studios. She developed her sculpture while being a teaching assistant, proving to her parents that she could still make a living doing what she loves.

Liu’s upbringing has colored how she thinks about her art and career today. At a photo shoot in Flushing in August, Liu suddenly became emotional while sitting at the bus stop where she used to spend two hours waiting on her commute. She said she remembered fighting with her parents frequently about why they lived so far away from school. The memories brought on happy tears when she realized how far she had come.

“I am really grateful for my parents working so hard to achieve the American dream. There were so many barriers for them to achieve the kind of life they wanted for me,” Liu said. “Though it was even harder to live as a Chinese American in the ’80s, I felt almost no negative emotions when I revisited here today.”

Liu still remembers the painfully embarrassing moment when she opened her lunchbox in middle school. She always loved the handmade chive dumplings her mother packed for her, but she hated the way they smelled in front of her white classmates — and how they’d react when she ate them. Sometimes, all she wanted was a ham and cheese sandwich like everyone else.

“Until you go to school, you don’t really realize that you’re so othered,” Liu told me over a cup of coffee in Essex Market in New York City’s Chinatown.

Years later, Liu’s concern about scents and how they are often racialized turned into a larger conversation. In 2018, she created the “Human Perfume” project, which takes the essence of her favorite people and objects and turns them into a wearable fragrance that can spur memories. She became interested in the relationship between race, gender and olfaction.

For her next projects, Liu plans to continue her explorations of breastmilk as a cultural material and experiment with data visualization on a molecular level. She is also designing a new course around care, situated within socially engaged art and design.

“Untitled (Pumping)” will be on view at MassArt Art Museum in Boston in a show titled ”Designing Motherhood: Things that Make and Break our Births.″ Additionally, “The Surrogacy” and “Untitled (Feeding Through Space and Time)” will be on view at an upcoming show at MU Hybrid Art House in the Netherlands. Two different editions of “Pregnancy Menswear” will be on display at the grand opening of the MIT Museum, as well as the Kunstmuseum Basel in Switzerland.

“Some people may think the idea of art making is really frivolous and extra because you need to have a certain amount of economic stability before you can do art,” she said. “But ​​I think art is essential to culture.”

Mon Sep 12 , 2022
Pinterest completes acquisition of THE YES   On June 10, 2022, Pinterest acquired THE YES, an AI-powered fashion shopping platform that allows users to navigate through a personalized feed created based on their brand, style, and size inputs. According to its official statement, Pinterest believes that THE YES’s innovative technology, […] 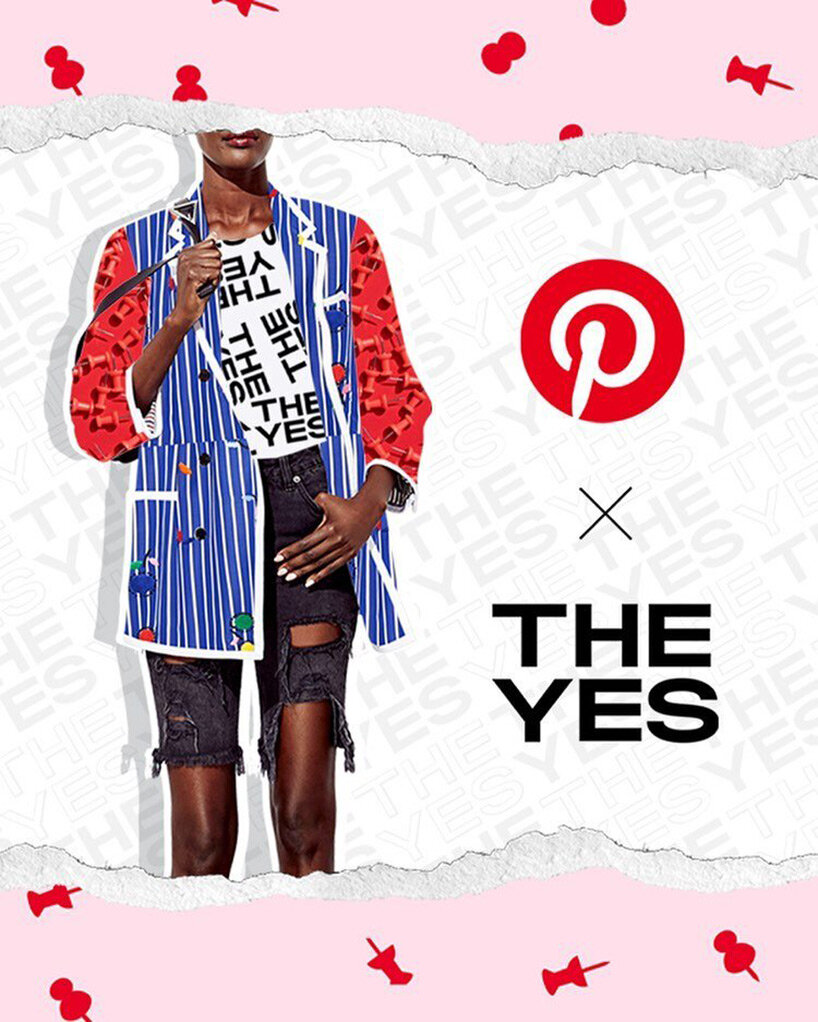