As soaring food prices continue to wreak havoc globally, consumers are finding some reprieve in cooking oil, coffee and avocado. Prices of those food items are starting to drop though they still remain relatively high, the latest food price data shows.  In Asia-Pacific, Indian sunflower oil and palm oil prices […]

As soaring food prices continue to wreak havoc globally, consumers are finding some reprieve in cooking oil, coffee and avocado.

Prices of those food items are starting to drop though they still remain relatively high, the latest food price data shows.

In Asia-Pacific, Indian sunflower oil and palm oil prices fell 7% and 12% respectively between the end of May and June, agriculture commodities data group Tridge said.

Over in Vietnam, prices of wholesale coffee have come down nearly 5% in July, compared to the start of the Ukraine war in late February.

On the other side of the globe, prices of avocados from the biggest producers Mexico, Peru and Colombia have fallen, according to Tridge, which has visibility of food commodities prices through the trades they facilitate.

Prices of avocados from the biggest producers Mexico, Peru and Colombia have fallen, according to Tridge, an agriculture commodities data group.

In the case of avocados, however, there are other forces at play. The avocado market has been slammed with an oversupply of Peruvian avocados which has also exerted downward pressure on avocado prices in the region, Tridge said.

Price inflation is prompting consumers to curb consumption of some foods even though they are a necessity, and there are concerns over food security.

Moreover, fears of an impending recession are forcing them to tighten their belts, said Minwoo Nam, a spokesperson for Tridge.

“There are multiple factors affecting the market. First of all, global recession fear is dampening the demand outlook,” Nam said.

“Also because prices went too high, [so] consumers are spending less or looking for substitutes,” he said, citing sunflower oil as an example.

Food traders and other market participants tell Tridge that some hedge funds have also started liquidating their positions on commodities.

But as consumers adjust their spending, it doesn’t mean food inflation is completely reined in, Nam said.

“We can say concern for food inflation has somewhat abated, but the prices of many agri-products are still high compared to average years. Contractionary policies are certainly affecting the market,” Nam said.

However, it hasn’t reversed so hard that no one is spending, Nam added.

There is still a shortage in supply of food due to disruption in supply chains and demand for food is still buoyant.

But at least for now, some of the efforts expended by governments and central banks are starting to cool food prices, according to Nam.

It doesn’t seem likely that food prices suddenly fall into recessionary territory. However, the likelihood of fiercer inflation has decreased.

“Supply chain disruption is still affecting the market, and it is driving up the prices of many products,” Nam said.

“It doesn’t seem likely that food prices suddenly fall into recessionary territory. However, the likelihood of fiercer inflation has decreased.”

While still hovering near record highs, the United Nations’ Food and Agriculture Organization’s food price index fell for a third month in a row in June, off the record in March. The food index tracks the monthly change in the global prices of a basket of food commodities.

The drop in June reflected declines in the international prices of vegetable oils, cereals and sugar but dairy and meat prices increased, the UN’s food agency said.

The FAO Cereal Price Index also showed international prices of food like wheat fell in June compared to May but are still very high after May’s near-record levels. Prices are still 48.5% higher than the same time last year.

American cars? You might not know these models are made in the USA

Thu Jul 28 , 2022
USA’s new supercar Gary Gastelu hits the track at Lime Rock Park in the Ohio-made 2017 Acura NSX. NEWYou can now listen to Fox News articles! There’s no telling where “American” cars come from these days. Buick imports the Envision from China.  The Jeep Renegade is built in Italy. And […] 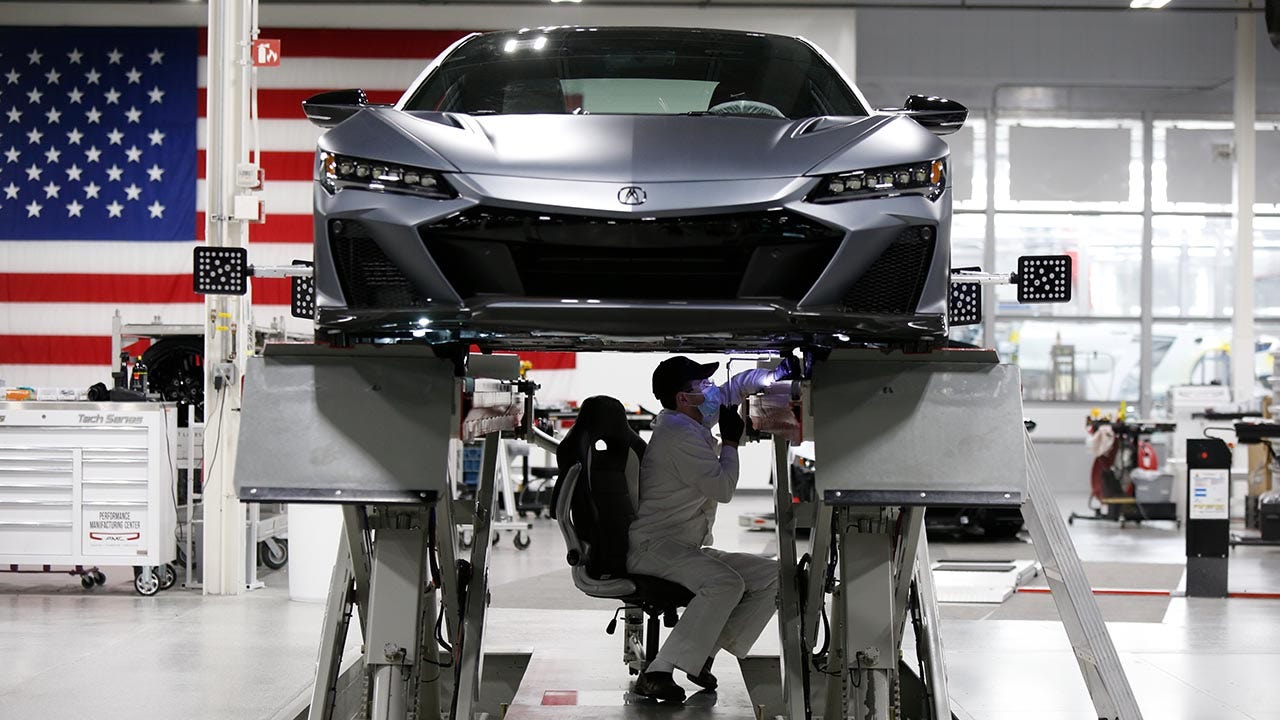