Table of Contents What’s so special about The Frame TV?Almost unlimited picture optionsWhat happens when you turn it offNo wires, no worriesEye-catching artwork, engaging picture qualityFraming The Frame The following article was sponsored by Samsung Televisions undoubtedly work on a ‘bigger is better’ mission statement. Whilst television manufacturers strive to […]

The following article was sponsored by Samsung

Televisions undoubtedly work on a ‘bigger is better’ mission statement. Whilst television manufacturers strive to keep bezels as slim as possible, this is only because they want to ensure the actual screen can be as big as possible. While a 42 or 48-inch TV used to be considered the sweet spot, we as consumers now yearn to mount 65, 75 or even 85-inch beasts on our walls so that we really can bring the cinema experience home.

With the sheer size exhibited by televisions today, it only stands to reason that many of us will want to come up with some ingenious methods to help hide them as best as possible. Maybe yours is in a completely separate room from the main living room so guests don’t have to see it. Or, perhaps, your TV rises out of a cabinet at the end of your bed. Great ideas, but they require the TV to be removed from the central room of the house.

Samsung has developed the ultimate solution and it’s called The Frame. The Frame was first released in 2017, but the very latest 2021 model is easily the best yet, as it takes advantage of some of Samsung’s very latest TV screen technology and is even more intuitive when revealing its party trick.

What’s so special about The Frame TV?

So, what is Samsung’s The Frame? It’s a television and a picture frame mashed up into one incredibly gorgeous package. When you’re viewing the TV – we had the personal pleasure of hanging the 75-inch version on our wall – you feast your eyes on an incredible picture, taking full advantage of the QLED 4K screen.

The actual design of The Frame delivers what is expected of a television. What you get in the box is a slim TV complete with a black bezel and a Slim-Fit wall-mount. However, Samsung offers a range of clip-on frames (sold separately, we were given the dark brown option) that allow you to tailor The Frame to match the décor of whichever room you put it in. This element of customisability really elevates the overall look of the TV and sells the picture frame illusion.

When you’re not watching TV or movies, The Frame morphs into a picture frame, capable of displaying a wide variety of famous works of art, or alternatively, you can upload your own photos. Remember those digital photo frames that were all the rage? Think of this as one of those, but on steroids.

Once hung on the wall (you can have it standing on its feet, but wall-mounting is the way to go to really unleash the full potential) you can have The Frame display a huge range of artwork via the Samsung Art Store.

A neat touch from Samsung here is the use of different matte layouts and colours which help further the illusion that you have a regular piece of art hanging on your wall and not a several thousand dollar TV.

What happens when you turn it off

While Art Mode uses minimal power compared to TV Mode, if left for a period of inactivity, The Frame will also automatically turn itself off. However, it only goes into a sort of idle mode. When it detects movement nearby, it will automatically display a work of art or a photo you’ve uploaded in a similar vein to when you slack off at work and your boss starts walking over to your desk so you need to look busy.

You are able to turn the TV completely off, too, to help save even more power. Just remember, this will turn The Frame into what is obviously a TV, so loses the illusion.

No wires, no worries

It’s not just the capability to display artwork when not in use that Samsung has focused on, either. But, to help further the illusion that you just have a work of art on your wall, even more, Samsung has included the much-loved One Connect box that is included with other TVs across the range.

The One Connect box sees all connectivity – HDMI, USB, Ethernet etc – handled by a separate box, instead of having all those connections around the back of the TV. This not only helps to keep the TV as slim as possible, making it easier to mount on a wall, but means that you just have one cable coming out the back of the TV.

What we particularly love about its incorporation with The Frame is that Samsung has adopted One Clear Cable, a single, clear fibre optic cable that runs the power, connections and has its own dedicated, cut-out pathway to follow in the back of the TV, so you’ll barely notice any cords when it’s hanging up.

Another nifty little trick of Samsung’s is the inclusion of a solar-powered remote control. This means no more disposable batteries, making it slightly more eco-friendly than your run-of-the-mill TV remote. If on the rare occasion your room isn’t exposed to natural sunlight, not to worry, Samsung’s SolarCell TV remote can charge via artificial light in your room too. But seeing as a fully charged battery can last up to 2 years, you won’t need to think about it at all.

Of course, you’re going to spend your money on The Frame not just for its art displaying credentials, but to use it as an actual TV. When you do so, you get to experience Samsung’s own Tizen operating system, and it’s pretty damn impressive. Tizen supports all the major apps – Netflix, Amazon Prime Video, Apple TV+, Disney Plus, to name a few – and you’re even presented with recommended content based on your viewing habits.

As for the picture you’re exposed to when viewing content, there’s not much to fault. While Samsung’s absolute very best TV technology is reserved for its true flagship models, The Frame is on-par with the South Korean company’s flagship models in the mid-range.

Naturally, to get the very best out of The Frame, you will need to feed it with 4K content. Fortunately, the issues that used to plague 4K TVs when they were first released have pretty much been eradicated, now that streaming services including Netflix, Amazon Prime Video and Disney Plus all offer 4K content, either with a standard subscription or as part of a slightly more expensive subscription. For true technology geeks, you may be a little bummed to know Dolby Vision isn’t supported on The Frame, although HDR10+ and HLG HDR codecs are.

As for sound, the same can be said of The Frame as can pretty much any other modern TV: it has a strong set of speakers on it, however, if you want a more immersive home cinema sound set up, then you’re going to want to add a compatible soundbar.

So, should you buy Samsung’s The Frame TV? If you want a TV unlike anything else on the market and you want to have something truly versatile hanging on your wall, then yes, absolutely.

If the absolute pinnacle of 2021/22 TV picture quality is of utmost importance to you, then we’d suggest you look at Samsung’s Neo QLED flagship series.

And when you consider that a ‘real’ work of art that you can display on The Frame could set you back hundreds of thousands or even millions, then it becomes an absolute bargain.

For more information and to experience The Frame for yourself, visit Samsung.

Fri May 6 , 2022
LONDON — In an online, and offline, world of proliferating product, too many choices, and opinions flying everywhere — about styles, trends and how to live sustainably — two former colleagues from British Vogue are hoping to dial down the noise and take some of the stress out of shopping […] 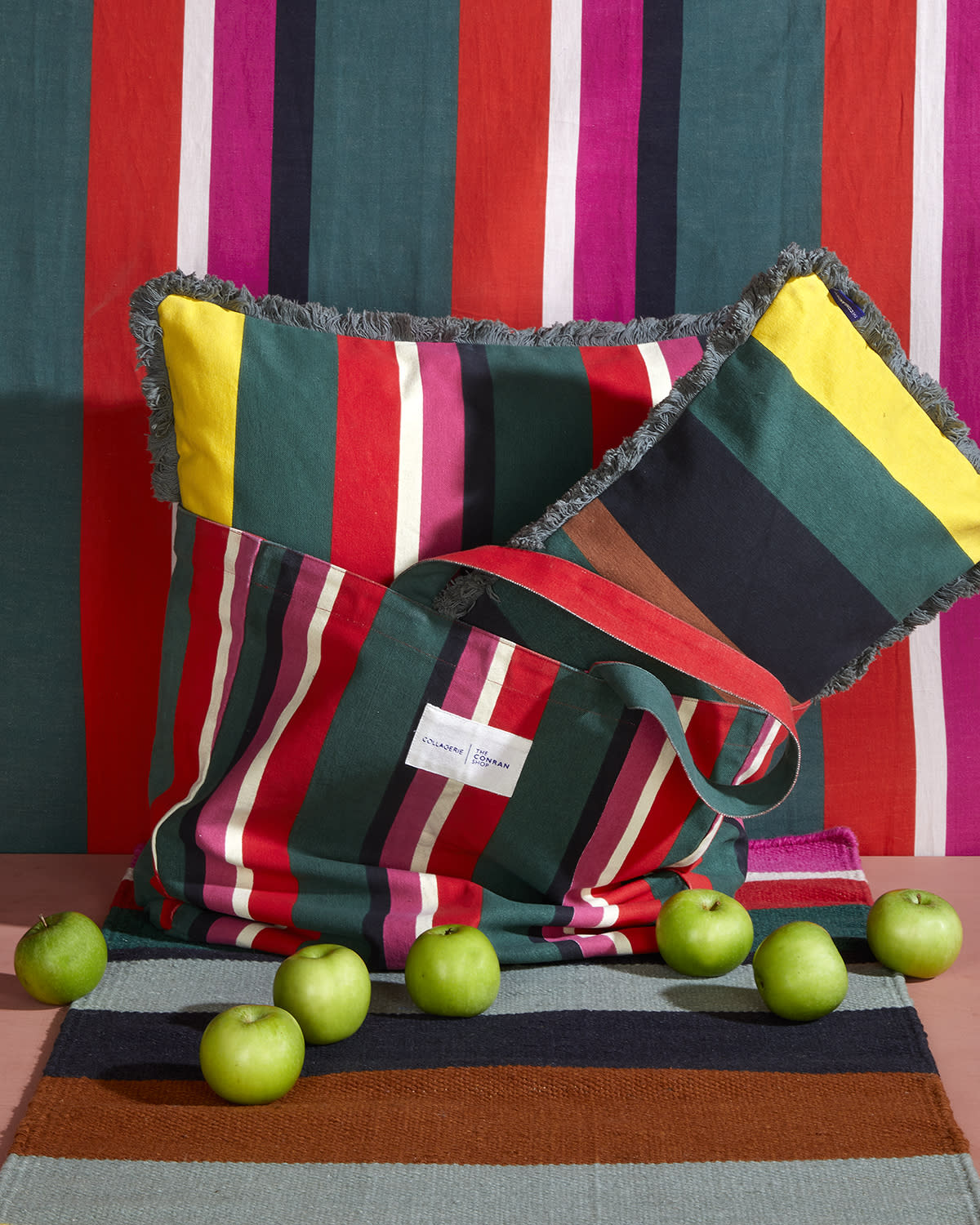