Researchers say China’s improvements in quantum computing will help its armed forces, which are the world’s third strongest. Quantum computing is a kind of computing that lets high-powered machines solve problems that are too difficult for normal computers. The idea for quantum computing was discovered by American physicist Richard Feynman […]

Researchers say China’s improvements in quantum computing will help its armed forces, which are the world’s third strongest.

Quantum computing is a kind of computing that lets high-powered machines solve problems that are too difficult for normal computers.

The idea for quantum computing was discovered by American physicist Richard Feynman in 1980. International Institute for Strategic Studies said in a 2019 study that it has two important military uses. It can understand secret military messages and it can break into secure communications.

Alexander Vuving is a professor at the Daniel K. Inouye Asia-Pacific center for security studies in Hawaii. He said he thinks China spends a lot of money on research and development. He also said that the government uses private, civilian companies to develop its military.

China on the move

It is not known how far Chinese researchers have developed quantum computing. The U.S. defense department’s 2021 report to Congress on China says the Asian superpower continues to seek leadership in important technologies with possible military uses.

Heather West is a researcher with market research business IDC in Massachusetts. She said Quantum computing could help find hidden “military vehicles.” It could also permit countries to gain more information about other country’s militaries.

Vuving said quantum computing around the world is at a “nascent stage.” But many countries are in a race to develop it. He said they include the United States, India, Japan, and Germany, in addition to China. He said anyone in the lead would likely not last long, as competitors would quickly copy their improvements.

Chen Yi-fan is an assistant professor of diplomacy and international relations at Tamkang University in Taiwan. Chen said, “Taiwan, the United States or the European Union are all likely targets for China to launch quantum computing attacks as long as countries do not have robust quantum cryptography to defend.”

In August 2020, the administration of then-President Donald Trump, National Science Foundation and Department of Energy announced a plan to spend $625 million over five years on quantum research and development.

“We’re seeing a lot of research and development going into the Department of Defense in the U.S.,” West said. She said “I don’t think they would be pouring money into it if they didn’t think there was that potential.”

Carl Thayer is a retired professor of politics at the University of New South Wales in Australia. He said smaller countries could not compete with China’s quantum computing resources. He added that they would need engineers, technicians and money.

Ralph Jennings reported this story for Voice of America. Gregory Stachel adapted it for VOA Learning English. Susan Shand was the editor.

Words in This Story

professor – n. a teacher especially of the highest rank at a college or university

consult – v. to give professional advice to a person, organization, or company for a fee

robust – adj. successful or impressive and not likely to fail or weaken

cryptography – n. the process of writing or reading secret messages or codes

potential –n. a quality that something has that can be developed to make it better

Sun Dec 19 , 2021
Saturday, December 18, 2021 In today’s legal industry, people are more demanding than ever. They expect an outstanding experience that makes them feel heard, valued, and above all, prioritized. Statistics show that clients will stay loyal to a company (or in your case lawyer) that was able to deliver consistently great experiences […] 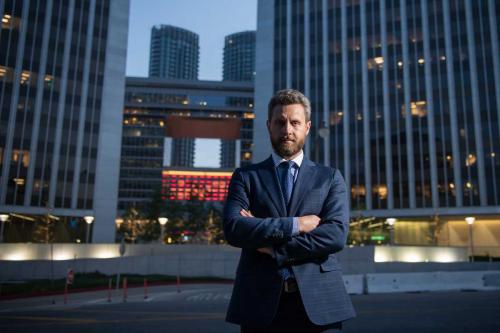