Comment on this story Comment Annie Miller beamed with excitement as she pointed to the tiles on her iPhone screen, eager to share what she’d just learned. “These are all apps!” she said. “Nobody’s ever told me that.” Miller, 74, has balked at computers and phones since floppy disks were […]

Annie Miller beamed with excitement as she pointed to the tiles on her iPhone screen, eager to share what she’d just learned.

“These are all apps!” she said. “Nobody’s ever told me that.”

Miller, 74, has balked at computers and phones since floppy disks were around — “I took a computer class and I just hated it,” she said. But now cabdrivers text her to pick her up for a trip to the hospital. Friends send her photos, and she doesn’t know how to reply. Miller realized that she can’t avoid today’s technology forever.

That’s why she went eagerly with her friends to the Benning/Dorothy I. Height Neighborhood Library on a recent Tuesday to learn how to send texts, enlarge photos and mute Zoom calls on her phone. The class was the third session in a five-week series of “Tech 101” workshops launched by the District’s Office of the Chief Technology Officer this summer to teach residents basic tech skills, which are becoming increasingly necessary for the more than 80,000 people age 65 or older in D.C.

“With seniors, we don’t like change,” Miller said. “But we’d better learn to get with the change.”

For Miller and the city’s seniors, decades older than the first smartphone and any of the dizzying parade of devices that have followed, gaps in technological literacy can disrupt their daily lives in countless ways.

Louise Price, 87, answered a phone call from scammers who claimed her son was in the hospital. Ruth Paige, 94, still struggles to work the buttons to toggle airplane mode on her flip phone. Sometimes, when she can’t turn it back off, she’s stuck without a connection.

“Then I don’t use it for two to three days until I get a chance to go up to T-Mobile,” Paige said.

Adrian Sutton, a digital inclusion instructor and outreach coordinator with the Office of the Chief Technology Officer, saw the need for programming to help seniors get up to speed in his previous role as Ward 7 liaison for Mayor Muriel E. Bowser (D). In 2018, he launched a first iteration of workshops to tackle the misconceptions keeping D.C.’s seniors disconnected.

Jessica Smith, interim director of the D.C. Department of Aging and Community Living, said in an email that the pandemic forced even more services for seniors online as the department tried to provide socializing opportunities for residents isolated at home and longing for human connection.

“To date, we’ve hosted more than 360 virtual community outreach events, in addition to hundreds of online workouts and interactive activities,” she wrote.

Working groups led by the Office of the Chief Technology Officer found in 2021 that, besides misconceptions about technology, the costs of smart devices and in-home internet were keeping many seniors disconnected. During the pandemic, the Department of Aging and Community Living worked with a nonprofit to provide iPads to 800 seniors who lacked computers in their homes.

That’s all amounted to more seniors that Sutton needs to train.

He previously ran his workshops himself, but this summer he has found help. Students from the Marion S. Barry Youth Summer Employment Program joined him on a recently at the library to work with a handful of seniors. It’s an encouraging step forward for Sutton, who knows he can only help so many residents when most tech headaches are best solved one-on-one.

Errick Lewis, 16, joined the program at the recommendation of his engineering teacher at Dunbar High School. He sat with Miller, walking her through the process of sending a photo by text.

“I can see myself doing this in the future,” said Lewis, who wants to work in IT.

Sutton’s workshops will run every Tuesday and Thursday at different libraries for another two weeks, and he’s planning more programs to help other communities affected by digital literacy issues. In August, he’ll work with the Department on Disability Services to host four similar workshops for residents with disabilities. He also hopes to put on workshops to support citizens released from incarceration in the future.

By noon, Miller and Paige were still asking questions, Miller taking tidy notes in a small notebook. “It helps a little,” Paige said of the workshop, though she was nervous about remembering everything from the day. Miller agreed that she would welcome more regular lessons to help repeat the skills they were still learning.

But the two left the library proud that they were taking matters into their own hands after years of their families managing their devices for them. Paige planned to go to Target to replace her flip phone with an iPhone 8. Before leaving, Miller carefully followed her notes to text a photo of her grandsons to a friend in New York.

“I know more now,” she said. “I’m grateful for this program.”

D.C.’s Tech 101 workshops are free and run on Tuesdays and Thursdays through Aug. 4 at various public libraries in the city. A schedule can be found here, and translators can be provided upon emailed request to [email protected] The Office of the Chief Technology Officer plans to offer more classes throughout the year, and schedules will be available at techtogetherdc.com. 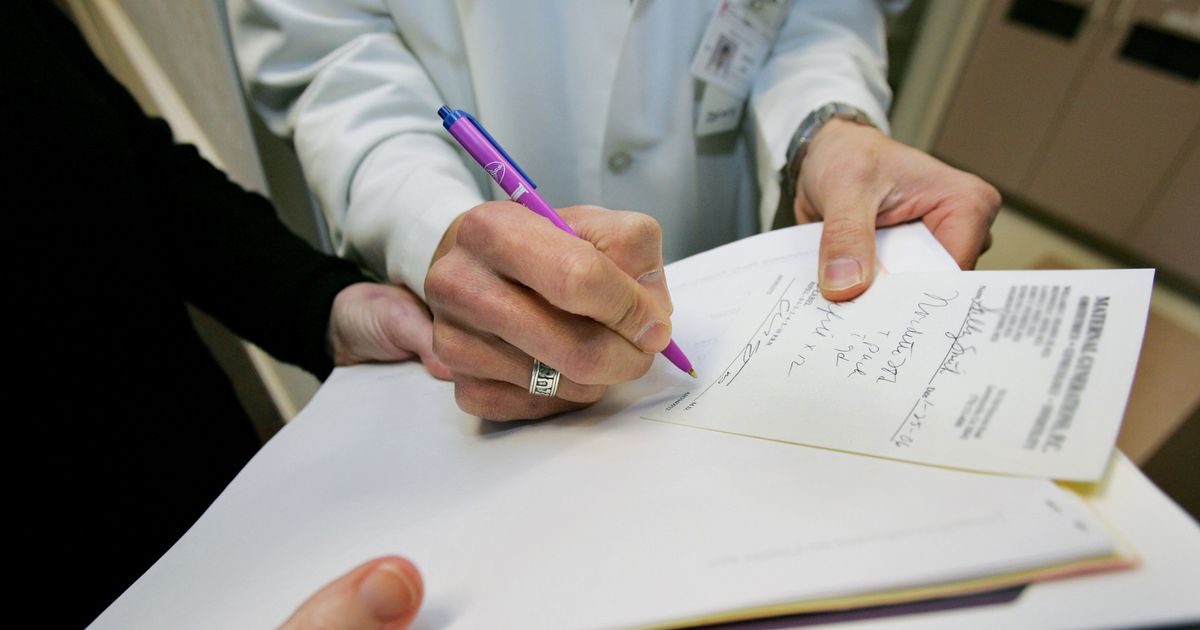