After being the only regional sports network to send its broadcasters to road games in the first half of the major-league season, Marquee Sports Network is planning to travel for roughly half of the Cubs’ trips in the second half. ‘‘The driver of our situation is to be safe and […]

After being the only regional sports network to send its broadcasters to road games in the first half of the major-league season, Marquee Sports Network is planning to travel for roughly half of the Cubs’ trips in the second half.

‘‘The driver of our situation is to be safe and health-conscious wherever we can, so we can’t justify making every road trip,’’ Marquee general manager Mike McCarthy said. ‘‘There are some realities to some of the cities the Cubs go to that make it difficult to contemplate traveling the announcers.

‘‘It’s not, as some suggested, budget-related or tone-deafness about what makes or doesn’t make a good broadcast. There’s some realities that some cities are easier for our situation that we want to pull off with technology than others are.’’

Marquee sent Jon ‘‘Boog’’ Sciambi and Jim Deshaies to Milwaukee in June and Chris Myers and Deshaies to Cincinnati in July. Both cities are home to RSNs in the Bally Sports network, owned by Sinclair, which jointly owns Marquee.

The Cubs’ road trip that starts Friday is to Phoenix and St. Louis. Both cities also are home to a Bally Sports RSN, but Marquee might travel only to St. Louis, if at all. The Chicago Department of Public Health added Missouri to its travel-advisory list this week ‘‘amid an increase in COVID-19 cases.’’

‘‘I don’t think anybody would question whether we understand the value [of traveling],” McCarthy said. “We can only do it where we can do it. It’s a daily evolving situation.’’

Sciambi has been outspoken about his desire to travel.

‘‘Whether fans care or not, my being at the ballpark and having access to the players enhances your viewing experience. I’m telling you it does,’’ he said. ‘‘I’m going to deliver — and we as a network are going to deliver — a better product, and ultimately the league needs to get involved because we’re delivering their product.”

Said McCarthy: ‘‘[Sciambi] knows that the passion is shared. You want guys to push the envelope. You want people to be demanding and exacting about perfection. And he is.

Computer vision e-scooter technology to be trialled in UK city

Mon Jul 19 , 2021
Shared e-scooter operator Voi will launch what claims to be the world’s first large-scale pilot of computer vision on e-scooters in the UK city of Northampton, later this month.   The two-stage pilot involves installing artificial intelligence (AI) technology that can detect when an e-scooter leaves the road and rides […] 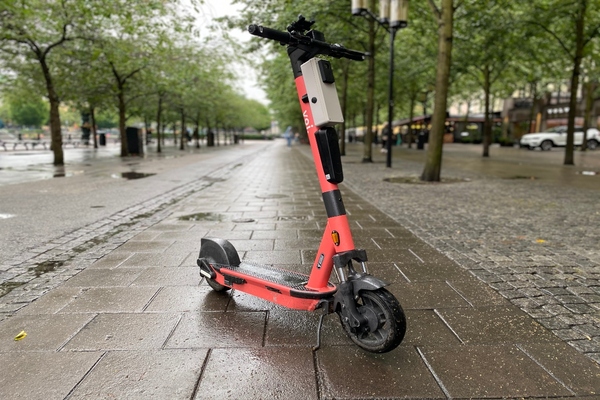