CinCor CFO Terry Coelho, Courtesy of CinCor It’s easy to think of the chief financial officer as the person you go to when you need money for a project, but stellar CFOs are about far more than numbers. Terry Coelho, EVP, CFO and chief business development officer for CinCor Pharma, […] 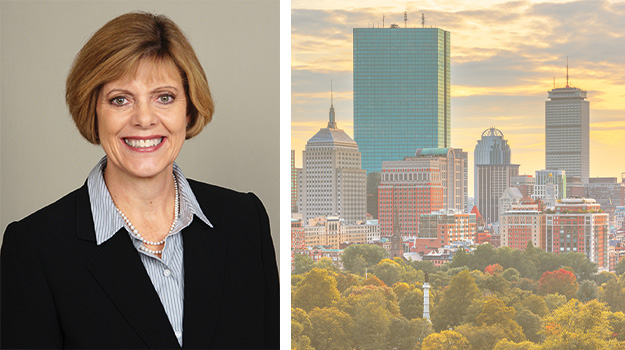 It’s easy to think of the chief financial officer as the person you go to when you need money for a project, but stellar CFOs are about far more than numbers.

Terry Coelho, EVP, CFO and chief business development officer for CinCor Pharma, is a case in point. For her, being CFO is about becoming a trusted strategic partner across the business. It’s about building bridges.

“Members of the finance team should really interact with their business partners,” she told BioSpace. That means being a partner who is curious and asks questions to understand the business rather than being an outsider who just shows up with financial reports. “If you’re supporting sales and marketing, go into the field with a sales rep. If you’re supporting the supply chain, go to the factory. See how it runs. Ask questions. The more people show interest in their business partners and understand the issues they’re dealing with, the better.”

The benefits go both ways. For example, by participating in key business meetings, Coelho and her team are aware of any changes that affect programs or operations and can begin to think proactively about the financial implications and ways to mitigate any downsides.

That philosophy of engagement is the product of a multi-industry career. “I went to college (at the American University School of International Service in Washington, DC) to study international relations, thinking I’d work in the Foreign Service. I realized my plan probably wasn’t pragmatic enough, so I added a double-major in economics.”

During her junior year, Coelho studied in Brazil (where she has dual citizenship). A year later, upon graduation, she moved there. “Although I hadn’t grown up speaking the language, I imagined that multinational corporations would want a dual-national,” she reasoned. The available jobs were in the finance area. “I’m pretty analytical, so that played to my strengths.”

She learned early on, however, that her attraction to finance wasn’t to the numbers, but to what they revealed about the business.

Since then, she has held senior leadership roles at Novartis Pharmaceuticals, Diversey Care, Balchem Corporation, and most recently as EVP, CFO and treasurer for BioDelivery Sciences International. Coelho joined the board of directors for First Wave BioPharma last August.

It’s her 20-year career at the candy-maker Mars that is, perhaps, most unusual for biotech executives. In her early 30s, “I started up a Mars confectionery business in Brazil, as president and general manager,” she shared. Coelho grew the operation from the ground up, building a modern production facility from scratch and creating an organization with a few hundred employees. Before this, she had only managed one or two employees.

“I worked with the government, identified incentives and suppliers, developed the brand name and the market and built the team,” Coelho said. “Over a few years, I took the business through a couple of expansions and launched a new brand. There’s no better way to learn all about business than by starting a business.”

After 20 years with Mars, Novartis approached her. “I wasn’t looking to leave,” she said. To make her decision, she imagined herself in the future, approaching retirement and looking back on her career and life. Coelho realized she wanted to know she had challenged herself and had been successful in other industries. Novartis offered excellent opportunities, and, “I decided this was the right path.” She spent seven of her eight years there in oncology, both on the commercial side and then leading global oncology development finance.

Years later, when CinCor came calling, she was well-prepared. Coelho joined the company as CFO in November 2021, two months before CinCor went public. What attracted her to CinCor was the very experienced and talented leadership team, strong investors and importantly, the promising asset under development for the treatment of cardio-renal diseases.

“What I love most is engaging across the business. Every function touches finance in some way, so I see finance as the hub, with visibility across the entire organization.” From that position, Coelho said she is able to contribute strategically to the business and help shape its direction. “I like being strategic and looking forward.”

Now, as she builds her team, she considers soft skills as well as financial acumen. For example, “Are they engaging with the business? Do they understand what they’re reporting beyond just the numbers?” Coelho expects her team to dig deeper, to understand why specific costs varied and how they will be managed during the next reporting period.

The biotech industry is highly competitive, and being first-to-market is a significant advantage. In that environment, Coelho said she sometimes wishes for more hours in the day. “There’s so much to be done. You have to prioritize the most critical things and let the next things come afterward. Beyond that, attracting top talent is probably the biggest challenge for the biotech industry as a whole.”

Along with her philosophy of building bridges between finance and the business, Coelho also works to build bridges between employees. She has been active in women’s resources groups, beginning at Novartis.

“These groups are great ways to network,” she said. “One of the challenges women have, compared to men, is finding time to network, learn more about the business and learn from each other. Sometimes women need a little nudge to get out there. Between prioritizing work and family, women don’t always take time to nurture their own growth and development. These groups open the door to having new voices to talk to and learn from.”

In what countries is abortion legal?

Fri May 6 , 2022
Tensions and emotions are running high in the U.S. after the leaked Supreme Court draft opinion published by Politico suggested that Roe v. Wade, the landmark 1973 ruling that established abortion rights nationwide, could be overturned this summer. However, the U.S. is not alone in having a heated debate about […]