China has denounced a US Senate bill worth about $250bn (£175n) that aims to boost American technology and manufacturing prowess as an example of the US hyping up “the so-called China threat”, and accused Washington of attempting to hinder its development. The Senate on Tuesday overwhelmingly approved the Innovation and […]

China has denounced a US Senate bill worth about $250bn (£175n) that aims to boost American technology and manufacturing prowess as an example of the US hyping up “the so-called China threat”, and accused Washington of attempting to hinder its development.

The Senate on Tuesday overwhelmingly approved the Innovation and Competition Act, in a rare show of unity in a chamber often filled with political division between Democrats and Republicans.

The expansive legislation, passed by 68-32 votes, combines various China-related measures into what analysts have called the biggest piece of US industrial policy legislation in decades.

In a scathing statement on Wednesday, the foreign affairs committee of China’s ceremonial legislature, the National People’s Congress, expressed its “strong dissatisfaction and resolute opposition”.

It said: “This bill seeks to exaggerate and spread the so-called China threat to maintain global American hegemony, using human rights and religion as excuses to interfere in China’s domestic politics, and deprive China of its legitimate development rights.”

Separately, at a daily briefing, a foreign ministry spokesperson, Wang Wenbin, said China-related content in the bill was “full of cold war zero-sum thinking” that “distorts the facts [and] smears China’s development path and domestic and foreign policies”.

Supporters of the bill point to China’s similar strategies. Beijing has over the years enacted various policy blueprints intended to enhance its own competitiveness and build its prowess in advanced technologies.

Analysts said the passage of the bill reflected the reality of the US-China bilateral relationship, which has been in a downward trend since Joe Biden’s predecessor, Donald Trump, took power in 2017.

“There is no doubt that the one thing that unites Americans [these days] is distrust of China and a determination to compete. The fact that infrastructure talks have stalled but this bill has gone through make this pretty clear,” said Leslie Vinjamuri, the director of the US and the Americas programme at the London-based thinktank Chatham House.

But Vinjamuri stressed that this latest move in Washington did not signal what some Chinese analysts called “technology decoupling” between the two countries. “The need to invest in technology and industry is obvious, and it’s also good for Americans and good for US elected officials to deliver this,” she said.

The bill now heads to the House of Representatives, which earlier passed a different version. The two will have to be reconciled into a single bill before it is sent to the White House for the president’s signature.

Biden has said he was “encouraged” by the Senate’s passage of the bill. “We are in a competition to win the 21st century, and the starting gun has gone off,” he said in a statement.

The centrepiece of the Senate bill is a $50bn emergency allotment to the US commerce department to boost semiconductor development and manufacturing through research and incentive programmes previously authorised by Congress. Overall, the bill would increase spending by about $250bn, with most of the spending occurring in the first five years.

The bill has a number of other China-related provisions, including prohibiting the social media app TikTok from being downloaded on government devices, and would block the purchase of drones manufactured and sold by companies backed by the Chinese government.

It would also allow diplomats and Taiwanese military to display their flag and wear their uniforms while in the US on official businesses, and creates broad new mandatory sanctions on Chinese entities engaged in US cyber-attacks or theft of US intellectual property from US firms. It provides for a review of export controls on items that could be used to support human rights abuses.

Last week Biden signed an executive order that bans Americans from investing in a number of Chinese companies with alleged ties to defence or surveillance technology sectors.

Major Chinese firms included on the previous defence department list were also placed on a updated list, including Huawei Technologies and Semiconductor Manufacturing International Corp (SMIC), which is key to China’s national drive to boost its domestic chip sector.

Beijing demanded Washington withdraw the order, which will come into effect on 2 August. It also said it was prepared to take “necessary measures to resolutely safeguard the legitimate rights and interests of Chinese enterprises.”

With contributions from agencies

Thu Jun 17 , 2021
CLEVELAND, Ohio – Get the latest coronavirus news from around the world, read about President Biden’s meeting in Geneva with Vladimir Putin and see more stories trending online today. Top stories Biden and Putin are about to have a high-stakes meeting: Here’s what you need to know (CNBC) Divergent goals […] 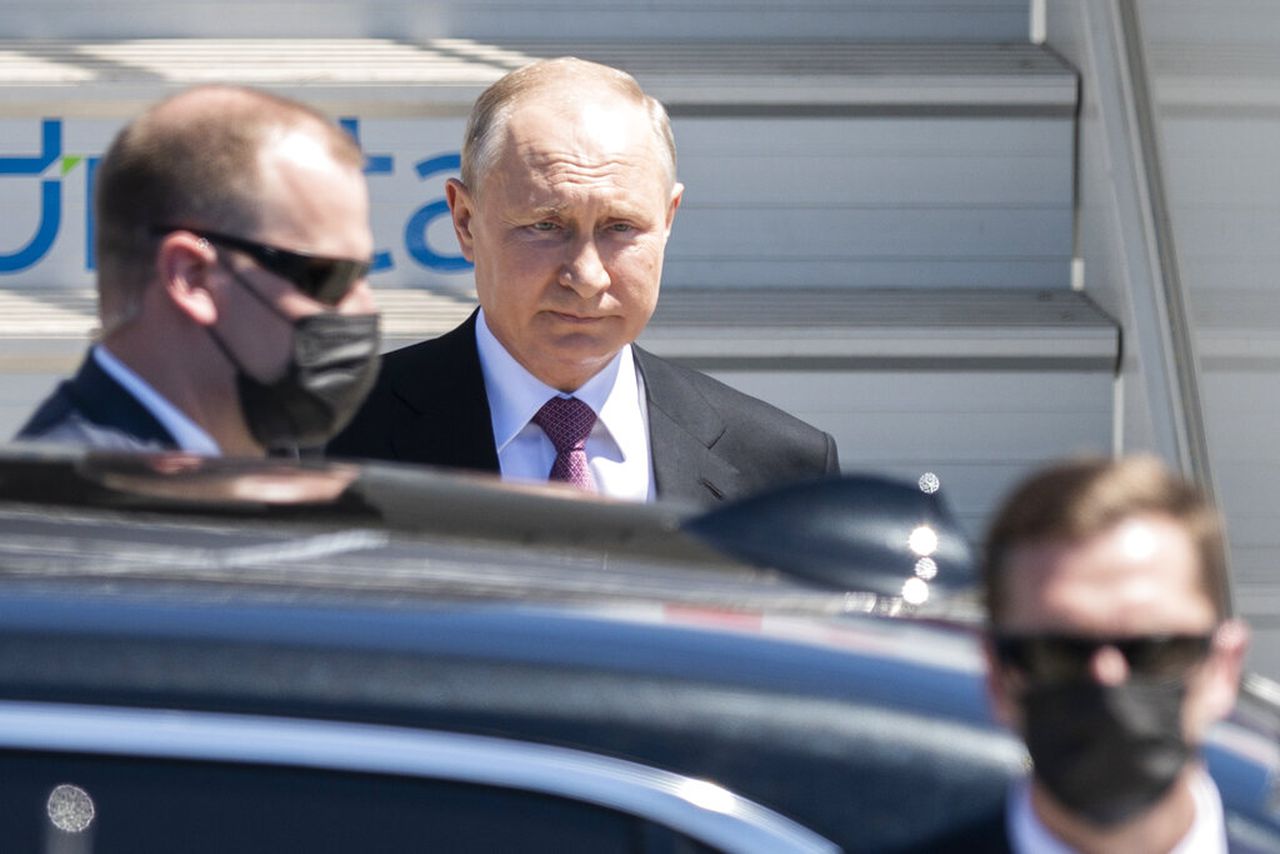