The laws being challenged would ban abortions after 20 weeks gestational age; require a woman to be informed of the option to view an ultrasound before an abortion; and require informed consent before a drug-induced abortion and block providing the medication through the mail. There’s a fourth law included in the lawsuit filed […]

The laws being challenged would ban abortions after 20 weeks gestational age; require a woman to be informed of the option to view an ultrasound before an abortion; and require informed consent before a drug-induced abortion and block providing the medication through the mail.

There’s a fourth law included in the lawsuit filed in August, to prohibit health insurance plans sold in the federal exchange in Montana from covering abortion care, but it’s not part of the preliminary injunction request.

“This is an important and hard-fought victory. We’re thrilled that the Montana district court preliminarily blocked these unconstitutional laws, protecting Montanans’ access to safe, legal abortion,” said Planned Parenthood of Montana president and CEO Martha Stahl in a press release after the order. “Planned Parenthood will always fight for our patients and stand up to anti-abortion lawmakers who willfully and cruelly work to undermine access to basic health care.”

The attorney general’s office, which is representing the state in defending the laws, criticized the injection late Thursday.

“The order unfortunately deprives women and unborn children of commonsense health protections. It’s not surprising that Planned Parenthood is attacking our laws since no one benefits more from substandard health protections than abortionists and their businesses,” spokesperson Emilee Cantrell wrote in an email.

In court, the state argued the new laws were meant to protect the health of women as well as fetuses and that lawmakers have the right to legislate what it called a higher level of health care than it says is currently required.

While having a majority in the state Legislature for years, Republicans in Montana have failed to see similar abortion legislation they passed become law because of the veto pen of 16 years of Democratic governors.

Earlier this year Republican Gov. Greg Gianforte took office after having campaigned on the promise of signing laws like the ones Moses halted Thursday.

In his order,  Moses wrote both House Bill 136, the ban on abortions after 20 weeks, impedes the right to obtain a pre-viability abortion, noting that “abortion is legal in Montana until viability.” That was established under the Armstrong v. State order from the state Supreme Court in 1999 that held women in Montana have the right to a pre-viability abortion from a health care provider of their choosing.

“HB 136 — which would ban abortions beginning at 20 weeks (and therefore, pre-viability) — is likely unconstitutional,” Moses wrote, adding that while experts for both Planned Parenthood and the state disagreed on when viability occurs, both said it’s after 20 weeks.

When it came to HB 171, which stops doctors from providing medication abortion through the mail, Moses wrote it “adds voluminous restrictions and regulations” that would stop abortions up to 11 weeks, which is also pre-viability.

Moses’ order also sided with Planned Parenthood’s additional claims on HB 171, saying the provider had established strong-enough arguments against the telehealth ban, credentials the new laws would require of abortion providers and a 24-hour waiting period to get medication for an abortion after an initial appointment.

Additionally, Moses said the law requiring doctors inform patients of a specified list of possible side effects from abortion medication, which Planned Parenthood says are exaggerated, “compels government-approved speech that interferes with the doctor-patient relationship.”

The judge also said Planned Parenthood’s concerns the law requiring a woman be notified of the opportunity to view an ultrasound, which the provider said serves to stigmatize or discourage women from accessing an abortion, were enough to halt its implementation.

“It is plain from the record and the pleadings that if the challenged laws take effect, [Planned Parenthood] must substantially alter their practice (and encounter the attendant medical, emotional and social harm to themselves and their patients) or be subjected to serious legal repercussions,” Moses wrote.

Thu Oct 14 , 2021
Join Aryn Blumenberg, the Jane B. Gearhart Full Circle Food Pantry Cooking Matters intern, in a virtual cooking class at 6:15-7:15 p.m., Wednesday, Oct. 20, as they cook Tuna and Tomato Spaghetti! The class will host up to 14 participants; sign up here. Cooking Matters is a national program that […] 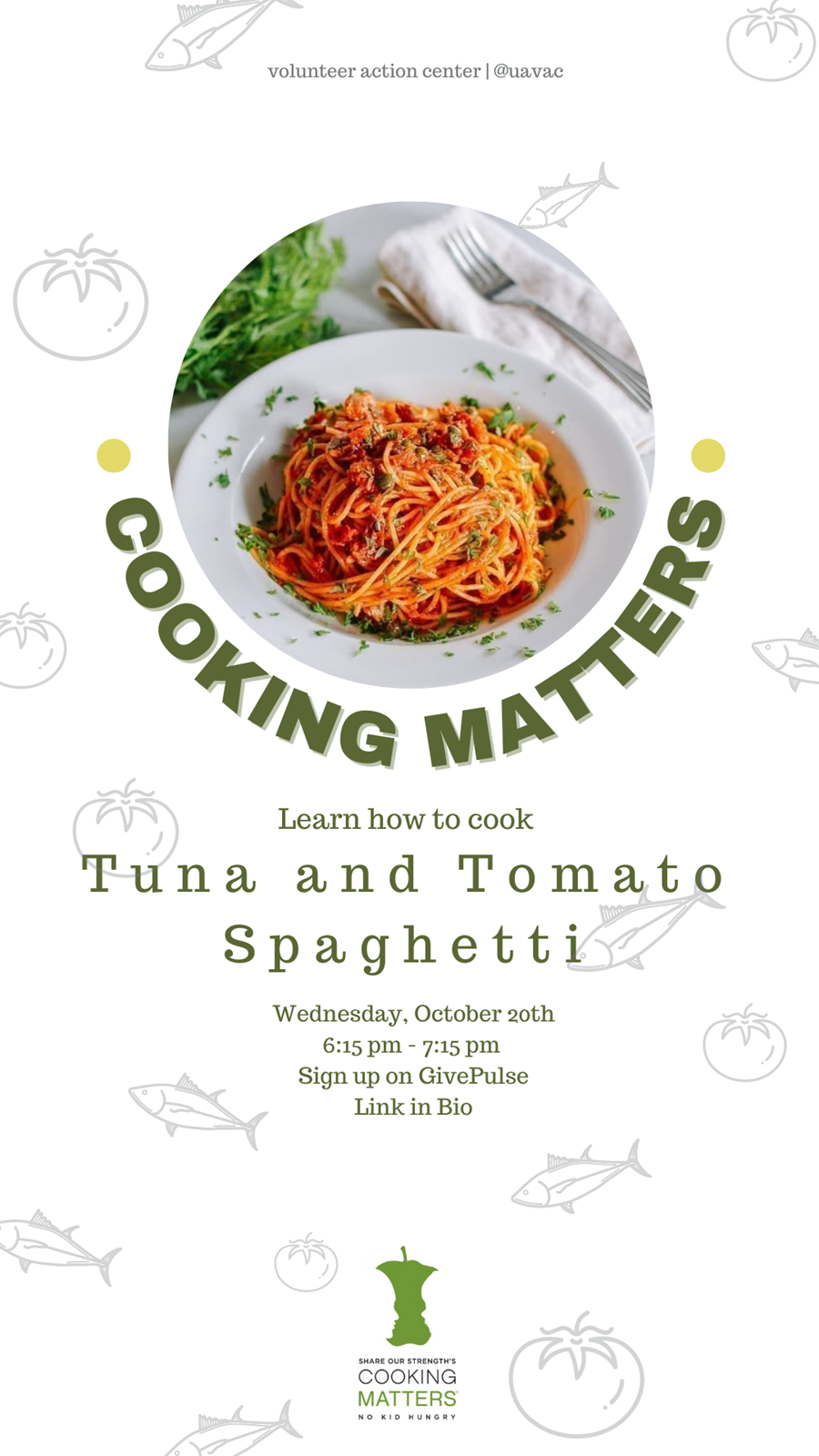