Pierce County’s season-opening four-game road trip continues in Claxton Friday night. The Atlanta Journal-Constitution’s third-ranked Bears (1-1) are coming off a 25-0 beating of Class 5A Wayne County in Jesup. Claxton’s lone game was a 27-6 setback in the “Pecan Grove” at the hands of PCHS regionmate Tattnall County two […]

The Atlanta Journal-Constitution’s third-ranked Bears (1-1) are coming off a 25-0 beating of Class 5A Wayne County in Jesup. Claxton’s lone game was a 27-6 setback in the “Pecan Grove” at the hands of PCHS regionmate Tattnall County two weeks ago.

Pierce County has won the last four meetings against Claxton to take a 6-3 series advantage. PCHS has outscored the Tigers 177-65 (19.7 to 7.2) in the all-time series.

Claxton is under the direction of Greg Hill, a former Georgia Souther quarterback. Hill began his head coaching career at Mullins High School in South Carolina posting an 8-3 record. He moved on to Bradwell Institute going 3-26-1 over three seasons.

He is now trying to turn around a program that has won just 20 games over the past six seasons.

“They have a bunch of scrappy players,” said PCHS head coach Ryan Herring. “From what I’ve seen on film they can run and will hit you. They have three or four players who are like torpedoes.”

The Tigers will operate out of the spread and will utilize a three-back set on the offensive side of the ball.

“They do a a variety of things offensively,” said Herring. “Right now we are banged up on the defensive side. This week will test our depth.”

PCHS is coming in off a dominating defensive performance against Wayne County. The Yellow Jackets managed just 161 yards of offense with 78 yards on the ground and 83 through the air.

Offensively, Herring said the plan is to continue doing what they have done against Brunswick and Wayne County — run the ball.

“They (Tigers) are a 4-2-5 team with speedsters,” said the third-year coach. “They play nasty (attitude) … they are fun to watch on film.

“What we have to do is continue to execute with what we are doing. We’ve got to continue to get better every day.”

The Bears are averaging just over 140 yards per game on the ground using a mixture of backs to run the ball. Danarius Johnson has a team-high 88 yards on 18 carries. Daytin Baker has 84 yards on 13 attempts. Quarterback Carson Sloan has rushed for 76 yards on a team-high 22 tries.

Baker has thrown three passes and completed two for 89 yards and one score. 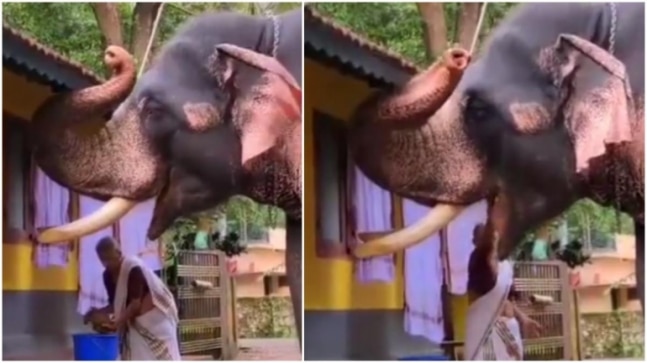