NEWPORT — The 13th annual Nye Beach Banner Project raised a record amount of funds this year, which will be used for art education for area children. Sales of the banners were completely online in 2020, rather than auctioned off during an event as in previous years due to the […]

NEWPORT — The 13th annual Nye Beach Banner Project raised a record amount of funds this year, which will be used for art education for area children.

Sales of the banners were completely online in 2020, rather than auctioned off during an event as in previous years due to the COVID pandemic. This year, organizers opted for a hybrid event, keeping the online auction but also hosting an in-person kickoff party. The results proved to be successful.

“Last year, with the online only event, we made $3,000 more than any previous year,” said Veronica Lundell, founder and an organizer of the Nye Beach Banner Art Project, and owner of Jovi. “This year, total banner sales went over $12,000. By holding it online and having the bidding process last two weeks instead of two hours, the fundraising has grown tremendously. Fortunately, through these many changes over the years, this project continues to thrive and grow.”

Last year, a “buy it now” price of $350 was placed on each banner in the online auction. That “buy it now” price was raised to $375 this year, and 26 banners sold at that price. Lundell said she resisted the “buy it now” option for several years because she didn’t want to hinder getting the highest price for the banners, but that option has been well received. “The takeaway from it is that if there is something you really want, be ready to bid when it goes live,” she said.

A kickoff party was held Nov. 6, where attendees were able to see the banners in person and speak with some of the artists. This year, 41 adult artists donated their creative talents, along with 19 youth artists. The Mombetsu, Japan High School art club and six other individual artists from Japan participated as part of Newport’s Sister City banner exchange. This was the second year with an exchange with artists from Mombetsu.

All proceeds from the banner sales go to the Oregon Council for the Arts (OCCA) to provide arts education for children. “As a result of this project gaining momentum, there are funds to help make these projects available to children that can’t get to the art center. It helps with supplies, tuition and instructors for the art bus,” Lundell explained. The art bus serves students with both on-site and take-home arts programming.

Sara Siggelkow, OCCA’s visual art center’s arts education and special projects manager, said the money raised from the Nye Beach Banner Project supports the overall youth education program and allows the OCCA to pay teaching artists for their time while keeping the costs low. It also provides no-cost events and scholarships and contributed to the new clay studio, which will have its first youth class in February.

“The banner auction was amazing this year,” Siggelkow said. “We are so fortunate to not only have people volunteer their talents, but to have people willing to purchase the banners and support the cause.”

Since this year’s event was so successful, organizers plan to build on that success and host another hybrid version next year. One change to next year’s project, however, will be an earlier start. “We plan to make banners available in October rather than November,” Lundell said. “Though you never can predict, it should be better weather.” This year, the banners hung outside on poles in Nye Beach from June through October. The October storms tore several banners and many of them showed extra wear and tear.

Lundell said she has enjoyed growing with this project as it has evolved over the years. “I have enjoyed the opportunity to get to know the artists, understanding their inspiration of what they do, and the relationship connections that have resulted as being a part of this project,” she said. “This project is a highlight in our community. And because the banners are on display in the public, it is art that is open and available to everyone.”

The Nye Beach Banner Project celebrates Nye Beach as the “Art Heart” of Newport, beautifies the coastal neighborhood, and highlights the creative talents of community artists. The Banner Project is a program of the Nye Beach Merchants Association and is sponsored by the Oregon Coast Council for the Arts and the city of Newport.

Mon Dec 13 , 2021
In January 2020, Jade Myers, a successful seller of secondhand clothes on Poshmark, came across a trove of designer swimwear and apparel at a thrift store that she knew would be a hit with her shoppers. She shelled out for dozens of pieces, prepared and photographed them, and listed them […] 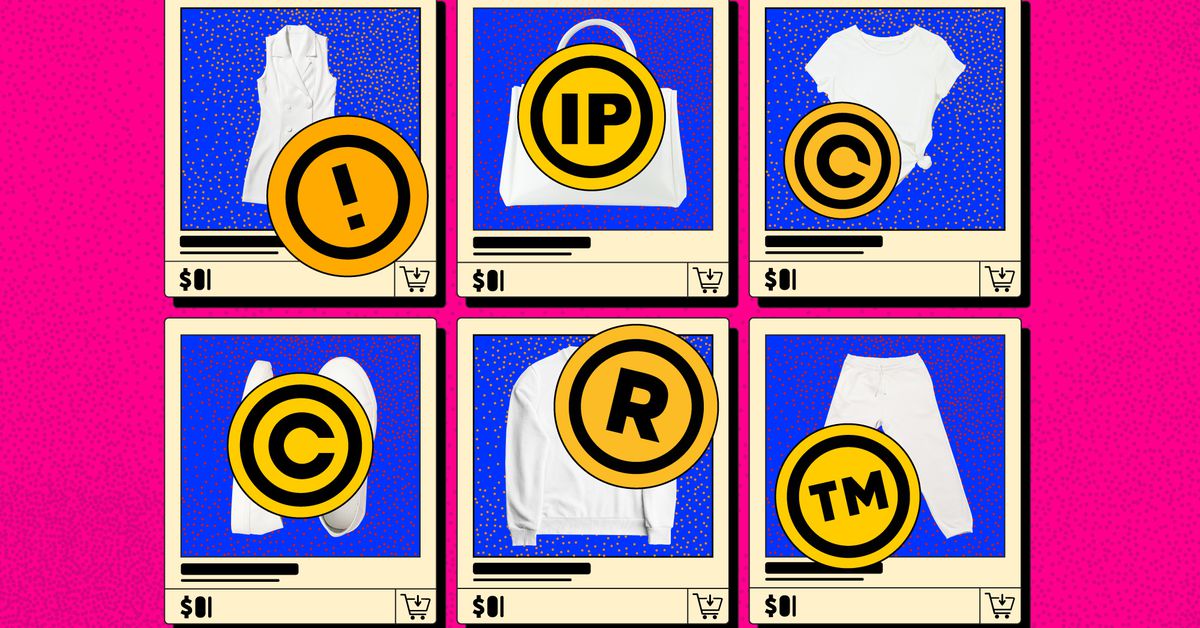