Ford reported a 27 percent increase in August volume, with the Ford division up 28 percent and Lincoln advancing 24 percent. The gains were broad across Ford Motor’s product lineup, with utility vehicle volume jumping 48 percent, trucks rising 13 percent and cars up 49 percent.

Toyota Motor, with some of the leanest stockpiles, said volume dropped 9.8 percent last month, with sales down 8.1 percent at the Toyota division and 20 percent at Lexus. It was the 13th-straight monthly decline at Toyota and seventh consecutive drop in Lexus’ monthly volume.

The Toyota division has a 20-day supply of vehicles, while Lexus is sitting on a 26-day supply of cars and light trucks, the company reported Thursday.

Honda said its days’ supply of vehicles remains stuck in the single digits, while a West Coast rail embargo contributed to supply woes during the month.

Hyundai and Kia each ended a stretch of five-straight monthly declines with strong August results.

August volume rose 14 percent at Hyundai and 22 percent at Kia behind strong retail demand for crossovers, EVs and some cars.

“We’re seeing inventory begin to rebound, which resulted in strong sales,” said Randy Parker, CEO of Hyundai Motor America. The company said it ended August with 19,209 cars and lights trucks in U.S. inventory, up from 14,784 at the close of July but off from 39,357 at the end of August 2021. Parker, in an interview Thursday, said Hyundai expects factory output to increase 30 to 35 percent in the second half, helping to further rebuild dealer stockpiles.

Kia, with the lowest days’ supply of vehicles, according to Cox Automotive data, said it set an August record with 66,089 deliveries, signaling that the company’s lineup continues to churn at a high rate.

“We are optimistic that production through the end of the year will improve,” said Eric Watson, vice president of sales operations for Kia America.

Among other luxury brands, Volvo sales tumbled 24 percent, its 12th straight decline, and Genesis deliveries rose 2.6 percent to an August record of 5,102 on continued strong demand for crossovers.

The rest of the auto industry reports quarterly sales.

Tue Sep 20 , 2022
Artist Alex Valle commissioned to do mural on Shake nightclub PORTLAND, Ore. (KOIN) — Alex Valle was commissioned by the new owners of the Old Town nightclub Shake to transform the outside to help bring a better vibe to the Entertainment District. Valle spends a lot of time in Old […] 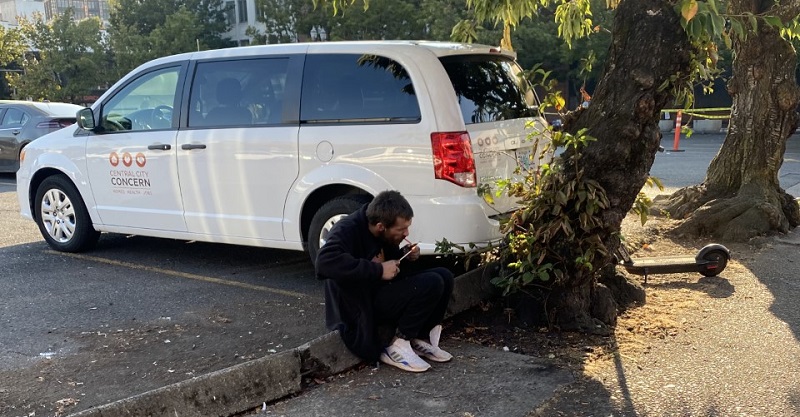