Don’t let April fool you, it’s bursting with artsy activities, from stunning art exhibitions, film screenings and festivals to music performances and lectures. Be sure to experience the rich variety of films screening at this year’s DisOrient Film Festival, plan a night at the theater to see the moving drama […]

Be sure to experience the rich variety of films screening at this year’s DisOrient Film Festival, plan a night at the theater to see the moving drama “God Said This,” or explore the full schedule of free in person and virtual events at this year’s Musicking Conference.

Or celebrate Earth Day on April 22 at the Museum of Natural and Cultural History’s Earth Day Celebration Weekend; drop in at the Jordan Schnitzer Museum of Art and view the exhibition “On Earth: A Fragile Existence,” or join your peers and make a positive change for the environment April 23 for Earth Day of Service.

Starting April 6 and running through May 25, UO Libraries will open a new exhibition from the National Archives, “One Half of the People: Advancing Equality for Women.” Commemorating the 100th anniversary of the passage of the 19th Amendment, the exhibition chronicles, through notable stories and powerful images, the history of the courageous women who pioneered women’s right to vote. 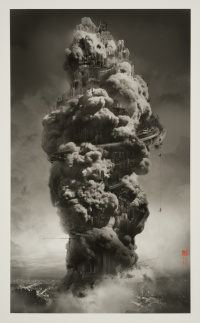 “On Earth: A Fragile Existence,” an exhibition at the Jordan Schnitzer Museum of Art, is a permanent collection that reflects on humanity’s role within our shared global ecology. The variety of works on view raise questions such as what is humanity’s responsibility to our environment, how do human and animal interactions shape the ecology we share and what humans can do to change course.

The Visual Arts Team presents “Im-Pressed,” an exhibition of recent work by more than 20 printmaking students, featuring intaglio, screen print, relief and letterpress processes. A reception will be held April 28 in the Erb Memorial Union’s Adell McMillan Gallery. The exhibition runs through May 20.

In the EMU’s Aperture Gallery, “I Am More Than You See,” an exhibition curated by UO students Malik Lovette and Kayle Lockwood, documents UO students’ experiences of stereotyping.

UO Libraries presents the “History of Biology,” which traces the study of the living world from ancient to modern times through rare books and early manuscripts in UO Special Collections and University Archives. This fascinating collection covers Greeks and Romans, the Arab domination of biology, medieval and Renaissance Europe, advances in the modern era, development of the microscope, discovery of the circulation of blood, discovery of cells in plants, use of structure for classifying organisms and development of taxonomic principles.

Learn something new about the religions and book traditions of non-Western cultures. “Languages of the East: The Non-Western Manuscript Collection” in the Special collections and University Archives features a selection of manuscripts, texts and artifacts categorized according to language, including Arabic, Persian, Cuneiform, Japanese, Burmese, Chinese, Thiopian (Ge‘ez), Russian and Farsi.

“God Said This,” a moving family drama about a Japanese American family, opens at the Hope Theatre April 15 and runs through April 30. When the family’s matriarch is diagnosed with a rare cancer, members of her estranged family return to their Kentucky hometown to face old demons, broken dreams and each other. 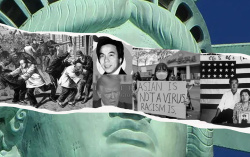 The much anticipated annual DisOrient Asian American Film Festival of Oregon: “Emergence” returns April 1-10. This highly appointed festival features films that uplift the voices, stories and histories of Asian Americans, Native Hawaiians and Pacific Islanders in a curated program that features a varied selection of feature films and shorts, Q&A sessions, special events and screenings. Be sure to check out the program schedule for dates and times.

On tap April 11 is a screening of “Ni una menos: Violence Against Women and Justice in Guatemala,” a documentary directed by UO department head and professor of women’s, gender and sexuality studies Gabriela Martínez.

Ducks After Dark will be serving up fun and popcorn in the EMU Redwood Auditorium all month long, starting with “Hidden Figures” on April 7, followed by “Westside Story” April 14; “Scream” on April 21; and “Little Women” April 28. Students get in free with a valid UO ID.

Join Emmy Award-winning producer Gina Matthews for “The Art of the Pitch,” a virtual seminar April 22 on crafting an entertaining pitch designed to keep audience members on the edge of their seats. Matthews’ film credits include “What Women Want,” “13 Going on 30” and “Isn’t it Romantic.”

Join Michi Saagiig Nishnaabeg scholar, writer and artist Leanne Betasamosake Simpson on April 5 for a virtual Imagining Futures Lecture. Simpson writes about contemporary Indigenous issues and realities across a variety of genres and is known for advocating for Indigenous ontologies.

On April 14, Shawna X, a visual artist known for her vibrant image-making, will present “Processing,” a visiting artist lecture on the synchronicity between visceral and emotional explorations through traditional and artificial intelligence expressions. Vancouver-based artist Liz Magor will discuss her recent studio work on entertaining contradiction and being “untopical” yet relevant April 28 in her George and Matilda Fowler Lecture, “I Have Wasted My Life.”

Jodi Magness, the Kenan Distinguished Professor for Teaching Excellence in Early Judaism at the University of North Carolina at Chapel Hill, will lecture on “More than Just Mosaics: The Ancient Synagogue at Huqoq in Israel’s Galilee” as part of the spring 2022 Ancient Jewish Art and Architecture Lecture Series.

Join chemist Lindsay Hinkle live on Zoom and Facebook on April 7 for “Poison Elixirs—When a Solution is Not the Solution,” at the Museum of Natural and Cultural History’s Ideas on Tap monthly pub talk. Learn about the Elixir Sulfanilamide tragedy that killed more than 100 people and led to the 1938 Food, Drug and Cosmetic Act to increase the FDA’s authority to regulate drugs.

The percussion ensemble of Eriko Daimo and Pius Cheung present “Heaven and Earth” on April 2 at Beall Concert Hall.

Grace Ho, instructor of secondary piano and piano pedagogy, will perform Beethoven, featuring the Op. 31 piano sonatas, as part of the Faculty Artist Series on April 16. 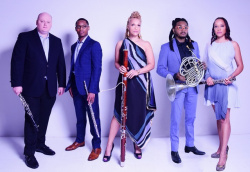 The Musicking Conference returns April 19-24 with a full schedule of free in-person and virtual events open to the community. Immerse yourself in a variety of panels, master classes, lectures and concerts.

Grammy-nominated Imani Winds returns to Eugene April 29 at Beall Hall in a premiere performance of “We Cannot Walk Alone,” a groundbreaking work that explores the lived experiences of diverse composers of the Pacific Northwest.

Can’t get to an event in person? Google Arts & Culture is a great starting place for finding exhibits, collections, audio, video, images and more.

Thu Mar 31 , 2022
Shopping seems to be back, as Galleria Dallas, the iconic shopping center at LBJ and the Dallas North Tollway, continues its opening streak with four new stores set to open this spring. The quartet includes three fashion-oriented shops and one with sweets. Fashion first, and save the sweets […]