Friend Indeed Gallery’s newly opened second location of her Friends Indeed Gallery in the Bayview neighborhood gives curator Micki Meng more than double the space of the original gallery in Chinatown; and the gallerist is excited to scale up her presentations accordingly.

The first show in the former metalworking shop, titled “Mother and Child,” features the work of 17 artists exploring different concepts of maternity, including Anne Buckwalter, Loie Hollowell, Jesse Mockrin, Catherine Opie and Jiab Prachakul. It’s a feat that would be impossible in the original space, but Meng doesn’t just provide more for the sake of more. The subject matter takes many forms in the unsentimental show, which Meng says is a perspective her own motherhood allowed her to bring to the exhibition’s curation.

Buckwalter’s “Madonna and Child” shows an apartment interior with a Madonna and child image hung on the wall and a pornographic film on the television set, nods to the religious iconography of motherhood and the act of creation itself. Mockrin’s pair of “Mother and Child” oils takes the language of Renaissance painting and twists it ever so slightly, with close-up views of the human body and the strangely elongated fingers of the mother figure. Hollowell’s “Fourteen Saints” acrylic work, featuring 14 breasts seeming to emerge from the canvas, also makes a lasting impression; connecting us to the physical act of nursing and perhaps commenting on some of the lingering social anxiety around the act in public spaces.

“People of color are used to watching stories about white people and empathizing with them,” says playwright David Henry Hwang in the documentary “The First Twenty: 20 Years of Asian American Playwriting.” “And the reverse has to happen as well.”

The 30-minute film, a production of Ma-Yi Theater Company, surveys how Asian American drama has evolved in the first 20 years of our new millennium. Many interviewees have strong Bay Area ties, including Hwang (Stanford grad), Lauren Yee (San Francisco native) and Young Jean Lee (Stanford professor). And others are hardly strangers; Lloyd Suh’s “The Chinese Lady” was produced at Magic Theatre in 2019, and ACT mounted Qui Nguyen’s “Vietgone” the previous year.

The film — which premieres online Tuesday, Nov. 9, via All Arts, an arm of New York’s PBS stations — offers theater fans a chance to meet some of the voices behind a vital, dynamic branch of American storytelling.

The Dover Quartet was poised to make its first Bay Area appearance with Cal Performances last season, but of course COVID-19 intervened. Instead, the acclaimed young American ensemble appeared in a streaming format as part of the Cal Performances At Home series.

Now, the group arrives at last in person, in company with the dynamic young bass-baritone Davóne Tines. He joins the quartet in music for vocalist and quartet by Caroline Shaw (“By and By”) and Samuel Barber (“Dover Beach”). The ensemble will perform string quartets by Zemlinsky and Brahms.

Pete Buttigieg’s stirring run for president in 2020, which transcended his status as a small-town Midwestern mayor and openly gay candidate, has been captured in a new documentary, “Mayor Pete.” The film is set to play at the Castro Theatre as part of the Frameline Fall Showcase on Thursday, Nov. 11, and Friday, Nov. 12.

All four events will be hosted at the Castro, which opened its doors to the public for the first time since the pandemic began during Frameline’s main event in June.

The screening will be followed by a Cockettes-styled performance by musician-actor-drag performer Birdie-Bob Watt. “Mayor Pete” follows at 7:45 p.m.

On Friday, Nov. 12, all six episodes of “Bridesman,” a Grindr produced series billed as a much gayer “My Best Friends’ Wedding,” screens at 6 p.m. (total running time: 59 minutes), followed by the black-and-white French film of romantic entanglements, “Paris, 13th District,” directed by Jacques Audiard and starring, among others, the hypnotic Noémie Merlant (“Portrait of a Lady on Fire”).

“Hiroshima Mon Amour” is an important French New Wave film that exemplifies some of the freedom and expansiveness that overtook European cinema in the late 1950s and ’60s.

A co-production of France and Japan — screening at UC Berkeley Art Museum and Pacific Film Art Museum Thursday, Nov. 11 — it stars Emmanuelle Riva and Eiji Okada as two lovers from different worlds who meet in post-war Hiroshima. She’s a French woman working on an anti-war documentary, and he is a Japanese man who works in a World War II museum.

Using flashbacks, voiceovers and long conversations between the two, the film – directed by Alain Resnais and written by Marguerite Duras – explores the legacy of death and destruction, both in world and in personal terms, in a way that would have been impossible in an American film of this era.

In Kait Kerrigan’s “Father/Daughter,” Baldwin and Risa are so stinking cute you might want to curl up with your favorite blankie and munch on some popcorn as you watch their first date unfold. “I think awkward humor is underappreciated,” she tells him. “You answered my question with at least five questions,” he tells her later.

If you’re wondering how things go in Aurora Theatre Company’s world premiere, Scene 2 leapfrogs 23 years into the future. Now, the same actors — William Thomas Hodgson and Sam Jackson — play Baldwin’s daughter and her new love interest, as both of them keep insisting that what they’re on is not in fact a first date. Toggling back and forth between the couples, “Father/Daughter” explores how the relationships we grew up with inform the relationships we pursue.

Hodgson and Jackson are both actors of exceptional thoughtfulness and creativity, impossible not to root for no matter the role they play, and they’re directed here by M. Graham Smith, in Aurora’s first in-person show since the pandemic hit.

When you visit the Exploratorium in San Francisco, you expect to be part of the experiment whether you’re cranking a bicycle wheel to throw 20-foot ropes through the air or sitting inside the giant parabolic “ear.” This weekend, visitors can also be part of a free experimental dance.

In “Here.Now.,” by rising San Francisco choreographer Alyssa Mitchel, 10 dancers will guide you through a dynamic meditation on the museum’s outdoor plaza near the “Buckyball” geodesic dome sculpture. The score is by Julian Drucker, whose musical contributions have graced the soundtracks of Hulu films and Netflix series.

The hour-long dance experience is free and open to everyone, even those who have not purchased admission to the museum.

Pastels are among the most beautiful and ethereal — and at times, underappreciated — mediums in art. The new exhibition at the Legion of Honor, titled “Color Into Line: Pastels From the Renaissance to the Present,” is an exquisite immersion into the art form that highlights treasures from the Fine Arts Museums of San Francisco’s Achenbach Foundation for Graphic Arts, as well as significant works from Northern California collections.

The 80 masterworks on display not only chart the technical evolution of pastel, from its introduction in 16th century Europe to the new millennium, but also show the medium’s versatility from its use in portraiture to landscapes and abstraction. On a recent tour with curator Furio Rinaldi, works by Mary Cassatt, Edgar Degas, Wayne Thiebaud, Salvador Dali and Joan Mitchell were particular highlights, as was a newly attributed work by Jean-Étienne Liotard, “Portrait of a Man and His Dog,” on view for the first time since 1965. One of the most surprising stories Rinaldi tells in the exhibition is the role of women in the development and popularity of pastels, including artist Rosalba Carriera, who became the first woman admitted to the Académie Royal in Paris in 1720 because of her work in the medium.

Be sure not to miss social media favorite “Mystic Package” by Claudio Bravo in the final gallery, for proof of the kind of realistic precision pastels can achieve in the right artist’s hands. 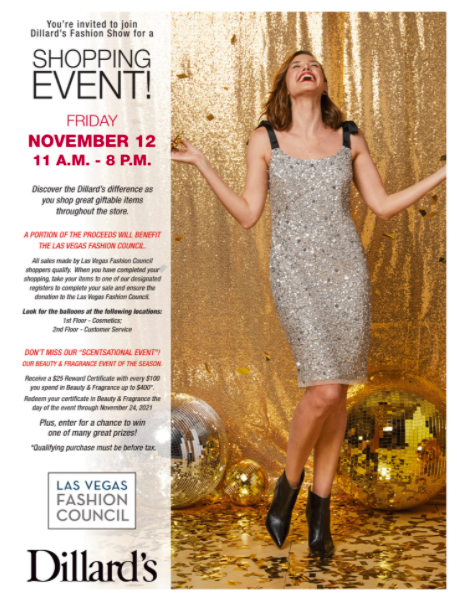