P. David Ebersole, author of “99 Miles from L.A.” Photo: Anthony-Masterson The Chronicle’s guide to notable arts and entertainment happenings in the Bay Area. P. David Ebersole to read from debut novel ’99 Miles From L.A.’ at Fabulosa Books in S.F. Filmmaker and author P. David Ebersole is set to visit […]

P. David Ebersole to read from debut novel ’99 Miles From L.A.’ at Fabulosa Books in S.F.

Filmmaker and author P. David Ebersole is set to visit Fabulosa Books for a reading and author talk with Marc Smolowitz, about his debut novel “99 Miles From L.A.”

The book is a hard-boiled crime story neo-noir that uses Los Angeles and Palm Springs as sunny backdrops for the dark, twisted tale. The plot mashes up show business regret, the marijuana industry and a bisexual love triangle.

The Los Angeles native’s films as a director include the documentaries “Mansfield 66/67” from 2017, “Dear Mom, Love Cher” from 2013 and “Hit So Hard” from 2011. Prior to working as a filmmaker and author, he worked as a child actor, playing the lead in the 1978 musical “Junior High School.” Ebersole is a delight in interview and doesn’t hold back when it comes to spilling juicy lore about his subject matter.

‘Martin Roumagnac’ a timeless artifact of the Dietrich-Gabin romance

The endless fascination of “Martin Roumagnac” is that it depicts a love story that is, at least on some level, real.

It stars Jean Gabin and Marlene Dietrich as star-crossed lovers, which the couple was in real-life. They met in Hollywood and were separated by World War II. They reunited in France, made this film and then broke up — but each reportedly never completely got over the other.

The film is part of a two-day series of Gabin’s French noirs, put together by Don Malcolm, whose festivals at the Roxie have been among the most important to play in the Bay Area in the last decade. Malcolm has single-handedly put French noir on the map and, in the process, he has transformed how we see American film noir.

All his festivals are major events, and this is no exception.

In Custom Made Theatre Company’s “Blood at the Root,” it all starts with a tree. But of course it actually starts much earlier.

On a Southern high school campus, there’s a tree that white kids always sit underneath. When Black students decide they deserve some shade on a hot day, too, long-simmering racial tensions boil over. Nooses get hung from one of the tree’s branches. A fight breaks out.

Dominique Morisseau’s 2014 choreopoem — a form created by Ntozake Shange — is inspired by the real-life incidents in Jena, La., in 2006 and 2007 that resulted in young Black men initially getting charged with attempted murder — charges many believed to be racially discriminatory.

In the play, school administrators write off the nooses as a mere prank. “Just cuz you call hate a joke don’t make it one,” one student, Raylynn (Elle Roe), says. ” ‘Specially when ain’t nobody laughin’.”

West Bay Opera returns to the stage with a Tchaikovsky classic

Like so many arts organizations throughout the Bay Area and the world, West Bay Opera has been patiently waiting out the postponements and cancellations of the COVID shutdown. Now the company returns at last, opening its season with Tchaikovsky’s riveting operatic ghost story “Pique Dame” (“The Queen of Spades”).

West Bay last did the piece in 2007, and the new production — directed by Ragnar Conde and conducted by General Director José Luis Moscovich — promises an elaborate display of stylish singing and elaborate stagecraft. The cast is led by soprano Rhoslyn Jones as Liza, with tenor Michael Boley as Hermann and baritone Jonathan Beyer as Prince Yeletsky.

From 2006 to 2014, the Irene Dalis Vocal Competition at Opera San José — named for the determined and generous opera star who founded the company and ran it for decades — brought attention to a stream of gifted young singers from across the nation and the world. Now, the competition has returned from hiatus with a blend of online and in-person events.

The semifinals round will be live-streamed free on Wednesday, May 18, giving patrons a chance to hear the contestants in action and vote for an audience favorite. Then the finals will be held live at the company’s home, the California Theatre.

The 11 semifinalists range alphabetically from mezzo-soprano Veena Akama-Makia to tenor Kyle van Schoonhoven, and hail from Costa Rica, China and South Korea as well as the U.S.

Before he wrote the ambitious, serious music dramas that placed him in the operatic pantheon, Richard Wagner turned his hand to comedy. For his second opera, “Das Liebesverbot” (“The Ban on Love”), young Wagner looked to Shakespeare’s “Measure for Measure” for source material in creating a vivid, lighthearted story about love and sex.

Because it’s an early work, and out of step with the rest of Wagner’s catalog, the piece is rarely — well, basically never — performed. But the late Donald Pippin, the founder and longtime impresario of Pocket Opera, saw the piece’s charm and created an English translation, dubbed “No Love Allowed,” that brings it out with wonderful dexterity.

Those of us who heard the company perform “No Love Allowed” in 1990 have been eagerly awaiting a revival, and now it’s finally here. Jonathan Khuner conducts the production, with stage direction by Nicolas A. Garcia.

“Life Forms” is San Francisco artist Klari Reis’ first show in the city in a decade, on view at Themes+Projects at the Minnesota Street Project. The exhibition features a series of works inspired by botany that demonstrate her technique of painting with epoxy resin (a form of liquid plastic), creating colorful explosions of shape through her use of dyes and pigments in the material, which is then mounted on a form for display. With their exuberant shapes and splash-like quality, they are reminiscent of not only plants but also life at the cellular level.

“The botanical works are the latest in my ever-changing artistic exploration of the systems of biology and of the beauty and design displayed in nature,” Reis said in an artist statement about the work. “My engagement with these systems has taken me from the microscopic workings of cells, as far afield as the uncanny re-envisioning of city maps as biological blueprints, to these newest, macro paintings of nature triumphant, imposing its own order on the world.”

The idea for the series first came to Reis while taking nature walks with her family during the early days of the COVID-19 pandemic. The show is curated by Maria Di Grande of MDG Art Advisory.

Should I Steer Clear of Fast Fashion?

Sat May 21 , 2022
I often hear about avoiding fast fashion because it’s better for the planet, in part because it is highly disposable and people cycle it through to the landfill too quickly. But can I feel just a little less guilty about my fast fashion if I hold on to my clothes […] 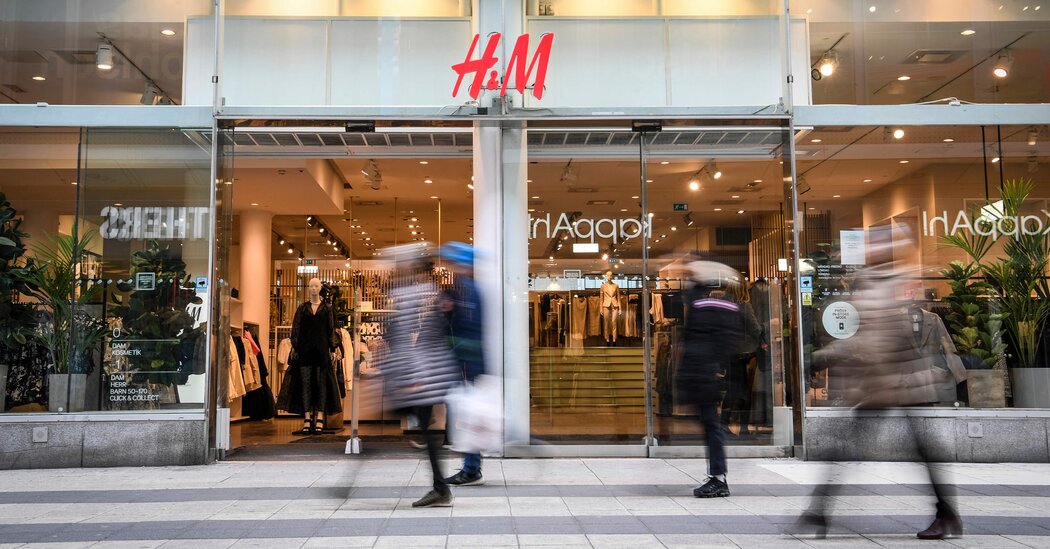