‘Tis the season for both the gleeful and grinch, as Greenville’s art and entertainment scene will offer a host of holiday show options, including three renditions of The Nutcracker, Upstate-based talent shown in ballets and symphonies, plus a few exhibits and performances that exist outside of the holiday realm to […]

‘Tis the season for both the gleeful and grinch, as Greenville’s art and entertainment scene will offer a host of holiday show options, including three renditions of The Nutcracker, Upstate-based talent shown in ballets and symphonies, plus a few exhibits and performances that exist outside of the holiday realm to satisfy everyone.

Here are ten shows set to arrive around the holiday season to make this winter in Greenville a warm, cozy and entertaining one.

Belief in the possibility of a “miracle” from a little girl makes the difference in Miracle on 34th Street, which is headed to Greenville’s Centre Stage at the beginning of December.

The story of Kris Kringle is set in a 1940s radio studio and accompanied by vocalists, sound engineers and piano to deliver an old-fashioned Christmas spectacle.

Chris Isaak has been in the holiday spirit for a few months now.

The triple threat: Country/Rock singer, television and film star, arrives to the Peace Center in mid-December as Isaak’s tour stops in Greenville to perform his mid-October Christmas album, “Everybody Knows It’s Christmas,” plus classics, like the 1989 single “Wicked Games.”

Isaak brings his second Christmas album to Greenville for a night of winter jingle and joy.

Stranger Thangs, Cafe & Then Some

In a play co-written by Matt Smith, manager of Cafe & Then Some for the last 40 years, Norma Jean and Dot take a golf cart on a voyage through Greenville in search of the ghosts of each holiday season.

They begin at Halloween and end on New Year’s Day, finding the uniqueness of Greenville’s holiday spirit throughout their track.

The Nutcracker will be showcased in three unique ways around Greenville this winter: in exhibit form (Upcountry History Museum), with a Greenville twist (Carolina Ballet Theatre), and a traditional showing (International Ballet).

“It’s the nutcracker story and choreography that’s been done for 200 years,” said Sarah Shoemaker, executive director of International Ballet. “It’s beautiful and classic, and it has timeless entertainment value.”

At Carolina Ballet Theatre, the backdrop and nuances of Greenville will peer through the performance, making the story hit a little closer to home.

Upcountry History Museum will feature an exhibit of Walt Disney’s 2018 live-action version of “The Nutcracker and the Four Realms,” alongside props, ballet costumes, original illustrations and drawings from a collection of Walt Disney, and more.

Winter Camp, The Children’s Museum of the Upstate

Interested in learning what the holiday season means in different cultures around the world?

Five different customs and values of people will be on display at Winter Camp, The Children’s Museum of the Upstate’s guide to Las Posadas, Hanukkah, Winter Solstice, Kwanzza, and Omisoka.

Visitors are sure to experience the food and stories that promote the unity, love and the celebration of the holiday season together.

Need a daytime theatre option for the kids?

Character Jim Hawkins battles pirates across the sea in search of a buried treasure as this adaptation of Treasure Island is written by Carter Allen, educational programmer for Greenville Theatre.

This version of Treasure Island will feature original musical arrangements of the songs sung at sea and is specifically catered to young adults from ages 5 to 12, which runs during morning hours, and at a shorter run time.

See some of Disney’s best as Mickey Mouse leads 50-plus characters into an ice-skating extravaganza at the Bon Secours Wellness Arena starting Wednesday, Nov. 23 through the 27th.

Three Greenville artists use the Greenville Center for Creative Arts gallery to creatively question the connections in the world around us, using objects and scenery to confront the relationships of our reality.

In short: this visual arts exhibit places objects where they may or may not belong.

An original story that centered around a young Greenville family whose daughter’s secret wish is to become a Broadway performer.

Featuring a live band and local talent from the Upstate throughout the cast, which is written by Max Quinlan, producing art director for The Greenville Theatre.

A peculiar and far-beyond-interesting modern fantasy arrives “Witch,” a tale that revises an original 1621 play and twists the conflict of how men and women view ambition while aiding those who feel misunderstood and ostracized.

This modern interpretation of Witch is written by Jen Silverman and directed by Jay Briggs.

– A.J. Jackson covers arts, entertainment and more for The Greenville News and Anderson Independent Mail. Contact him by email at [email protected], and follow him on Twitter @ajhappened.

Yet Another One-Stop Fashion Shop 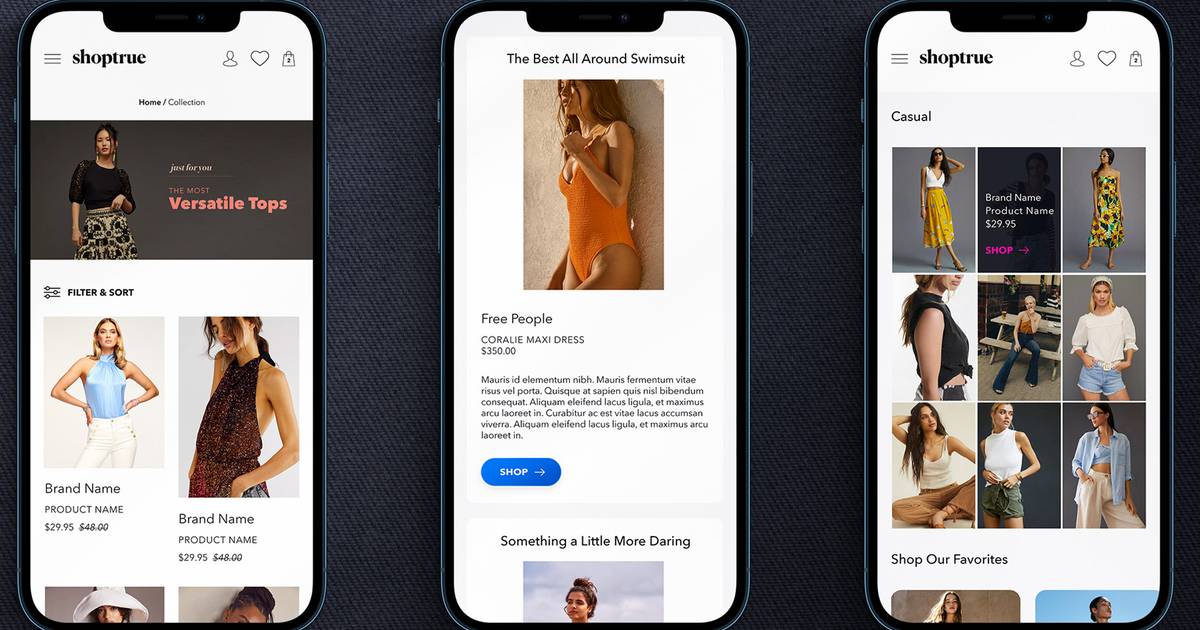